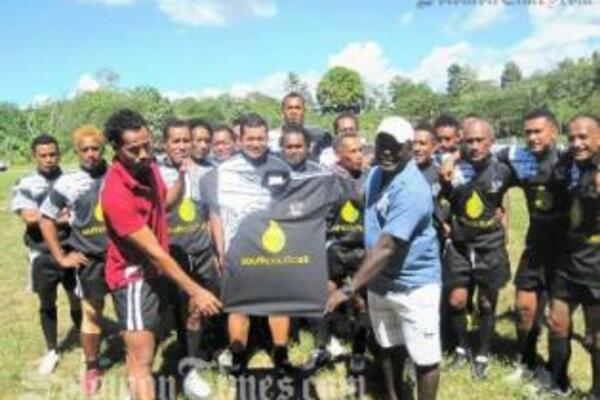 Avaiki Rugby Club took delivery of a new set of uniform for the 2011 season from its major sponsors South Pacific Oil.

The new set of uniform, sourced by local suppliers JMC Company, is part of the corporate sponsorship package of Avaiki Rugby Club from South Pacific Oil for the 2011 Rugby Season.

"South Pacific Oil is very happy to support such sporting clubs since it would help bring about positive change to young people involved in such a sporting code," said Humphrey Tura, the Acting General Manager of South Pacific Oil in a brief handover ceremony on Saturday.

Mr Tura stressed the importance of supporting communities through sports as it would go a long way in enhancing young talents with strong potential in sports.

"We thank South Pacific Oil for their support, although we anticipate this season to be quite competitive we will continue to work very hard to ensure that we perform well," said Mr Baiabe.