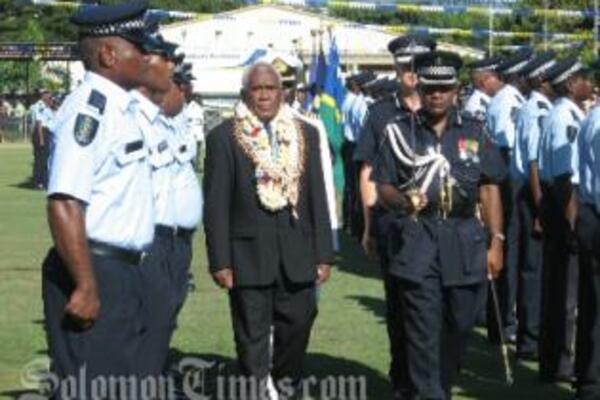 Solomon Islands' new Governor General, Frank Ofagioro Kabui, was treated to a traditional Malaitan custom prior to taking his oath.

Mr. Kabui who replaces Sir Nathaniel Waena was sworn in as the sixth Governor General during the official ceremony yesterday, marking the country's 31st anniversary of independence.

The new Governor General, who hails from north Malaita, was led by relatives to Lawson Tama to take stage with rituals being performed in his honor.

Mr. Kabui took his oath in front of thousands of people who flocked the Lawson Tama stadium to witness the occasion.

He officially takes over as the country's Head of State as of yesterday.

His first engagement as head of state was the inspection of a guard of honour mounted by the Royal Solomon islands Police and taking the royal salute during a march past parade.

Mr. Kabui will be the head of state for the next five years.