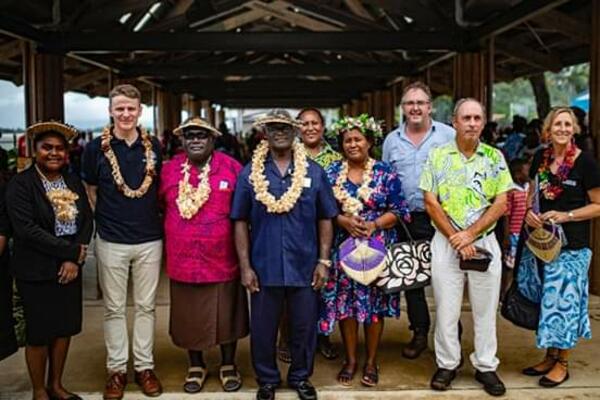 The new Gizo market facility will boost economic benefits for the people of Western Province.

The Prime Minister said as a popular tourist destination, Gizo and the Western province as a whole will greatly benefit from this project.

He said the market is an important hub that will also provide a place where people can sell their art, carvings and artefacts to tourists.

“The improved market facilities will make doing business by the vendors, residents and visiting tourists an enjoyable and unique experience,” he said.

That said, the Prime Minister has appealed to the people of Western Province to appreciate and respect the market facility.

“Let us not disrespect the efforts of those who worked tirelessly to see this project come into fruition. This is a public property that provides service to all of us, and it is a source of livelihood for our people. I trust that we will look after this market and treat it with the respect that it deserves,” he said.

Meanwhile, Prime Minister Sogavare has thanked the Government of Australia for the new market facility.
He said the Solomon Islands Government and its people greatly value the relationship and partnership between the two countries.

“We will continue to build and strengthen our relationship. I am comforted by Australia’s commitment in other sectors as well. It is also reassuring to see Australia’s lead, commitment and engagement in other national transformative projects. Thank you Australia,” the Prime Minister said.

The Prime Minister also acknowledged Australia’s partnership with UN Women in extending the Market for Change project to Gizo.

“The government extends its gratitude to UN Women as well,” he said.