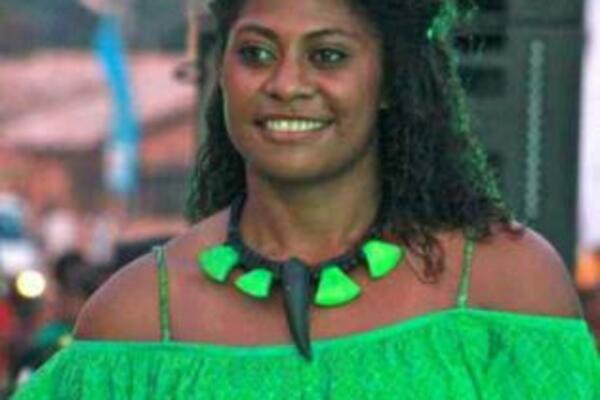 Top Fiji designer Robert Kennedy launched a new range of clothes at the 11th Festival of Pacific Arts in the Solomo Islands and looks forward to improving them when he gets home.

Mr Kennedy, a fourth generation Fiji-born man who has paternal links from Scotland and maternal ties in Sweden, received a standing ovation for his Melanesian-inspired line of clothes when it went on display at the Lakeside stage at the Festival Village.

Strutting intricately-designed outfits for men and women, Fiji participants at the festival showed off the Kennedy designs under the Kainona label.

"It's only fitting to come here and launch this new range because this is where the whole Pacific has converged," he said.

"This range is about our neighbourhood, about Melanesia."

When the Kennedys first arrived in Fiji, they settled in Nadi. Robert's father met his mother, a descendant of Morris Hedstrom, and sent him to study in Australia.

He returned 10 years ago and has been working on his label for the past four years.

Mr Kennedy said he was inspired by the ways of the wantoks and their cultures and traditions.

His designs blended beads of flowers of the islands, the feathers of Papua New Guinea, the spears of the Solomon Islands and the colours of the Pacific. What he saw at the Lakeside Stage has given him renewed vigor and ideas.

"There have been some very nice designs on display here. The Solomons designs are very inspiring," he said.

"I plan to take home some of these ideas. It's very encouraging.

"It's such a big pool of talent and the ideas are endless. The different perceptions and the different cultures give any designer a wide range on which to work on."

Fiji has one of the biggest ranges of fashion at the festival.