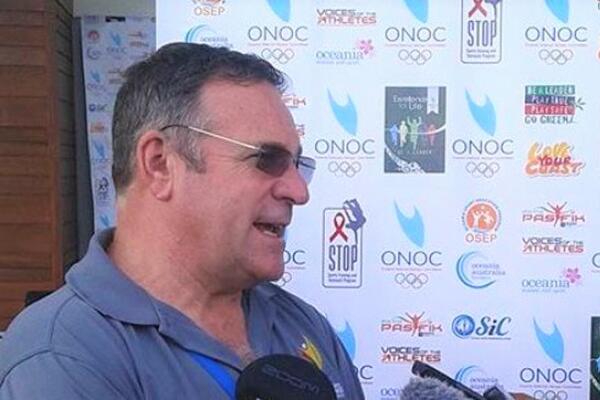 Mr Stewart has over 30 years of experience working at major events around the world including the Pacific Games, Commonwealth Games and Olympics Games.
Source: Fiji Sun
Share
Tuesday, 07 September 2021 10:51 AM

Peter Stewart has been appointed CEO of the 2023 Pacific Games Organizing Committee, with just over 800 days until the opening ceremony in Honiara, Solomon Islands.

The Australian-based administrator was CEO of the 2015 Pacific Games in Port Moresby and has held several other positions in Papua New Guinea and at the University of the South Pacific in Fiji.

He replaces Shalom Akao Waita, who was the first woman to lead a Pacific Games Organising Committee.

The former Solomon Islands netball and basketball representative was appointed in October but stood down earlier this year.

"Most importantly for his role in helping us deliver a successful and memorable games in 2023, Mr Stewart has over 30 years of experience working on major events around the world including in Pacific Games, Commonwealth Games and Olympics Games," he said.

Peter Stewart will work directly with Chair of Games Organising Committee, Martin Rara, who is also the Vice Chair of the National Hosting Authority (NHA) Board and the President of the Host Pacific Games Association (PGA) and the National Olympic Committee of Solomon Islands.

The Games Organising Committee currently employs five senior officials, but will eventually grow to over 300 staff and 2,500 volunteers.

It is tasked with delivering the sports program for the 2023 Games, as well as the opening and closing ceremonies, marketing, broadcasting, security, transport and logistics, and the meals and accommodation for an estimated 5,000 athletes and officials.