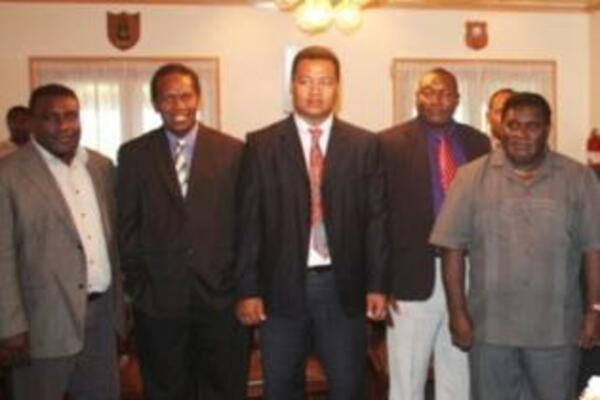 PM Philip and Finance Minister with some of the MPs that were sworn in.
Source: Photo Supplied
Share
Tuesday, 19 April 2011 08:26 AM

The Ministers were sworn-in at Government House late yesterday afternoon. The new Ministers are;

Prime Minister Philip said he has every confidence in the Ministers as they perform their duties to the government and people of Solomon Islands.

Prime Minister Philip also stated that the decision to relieve some of his cabinet Ministers and appoint new ones was done in "the best interest of the country."