New Book to Boost Human Rights in the Region 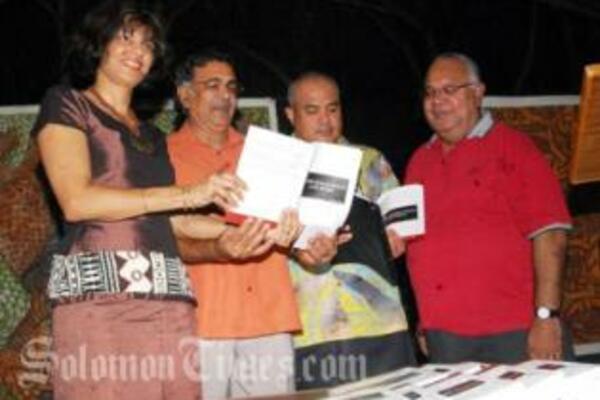 According to the report, the Pacific Forum Secretariat's deputy secretary, Feleti Teo, said that in the face on a changing environment and global challenges, Pacific courts are struggling with legislation to deal with issues such as gender equality, environmental destruction and climate change and changing social structures and there was a need for an easily accessible publication for reference in Pacific courts, civil societies and schools.

He added that it 'was also essential to be able to track and measure how concepts of human rights were being applied in law in Pacific courts' and 'it was good news to the Forum that such progress has been made in the Pacific'.

"This is indeed a positive sign and one which demonstrates a Pacific commitment to the values of good governance, democracy and human rights."

According to the article, a 'total of 44 cases were collected over a 30-year period for the first volume with the Pacific Regional Rights Resource Team receiving 50 cases from 2006 to 2008 for its second publication'.

Mr. Teo said the figures highlight a dramatic increase in the application of international human rights standards and norms in the Pacific.