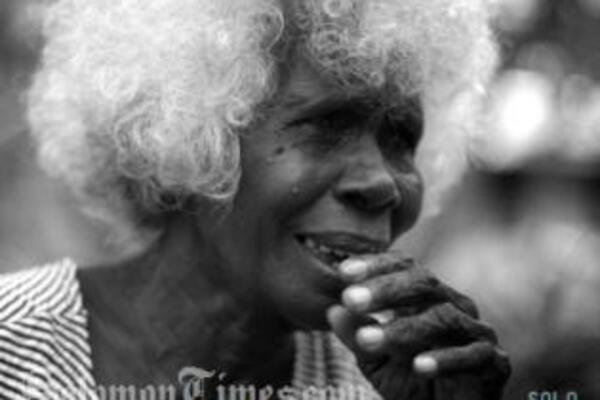 Brenda Pilly from Mono Island, Western Province, was only 10 years old when World War II arrived on her island. Ms Pilly is one of many Solomon Islanders profiled in the new book.
Source: Tom Perry
Share
Tuesday, 26 June 2012 08:02 AM

Solo: life in the Solomon Islands, from Australian writer and photographer Tom Perry, is a contemporary look at daily life in this spectacular Pacific island nation.

Solo reflects the modern Solomon Islands; a nation undergoing a period of significant social change says Mr Perry, who worked with the Regional Assistance Mission to Solomon Islands (RAMSI) for nearly three years, during which the majority of the images in the book were taken.

"This is not a book intended to be a complex, anthropological study that comprehensively documents life across this vast 900-island archipelago."

"Rather Solo aims to give a snap-shot of daily life in this engaging nation."

The book includes images taken in a wide variety of locations, including remote destinations such as Mono Island in the far west of Western Province, Atoifi in Malaita Province, and in the deep jungles of central West Guadalcanal Province.

Solo: life in the Solomon Islands is now available from coffee shops and gift shops throughout Solomon Islands, as well as online at www.tomperry.com.au or facebook.com/SolomonIslandsbook.