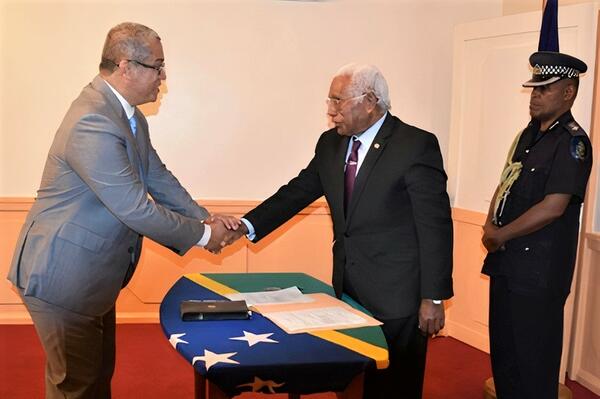 Mr David Dennis is highly qualified for the role of Auditor General, with many years of leadership experience in the local and regional financial sectors.

He has a long track record of leadership roles executing strategic plans that improve and sustain performance and embed governance in organisations.

He has strong established relationships with the government, regulators, corporates, donors, and businesses in Solomon Islands.

The position of Auditor General is a Constitutional post whose office is established under Section 108 of the Constitution of Solomon Islands.

The Constitution requires the Auditor General to examine the Public Accounts of Solomon Islands including the accounts of the National and Provincial Government, including Ministries, Courts and other public authorities including the Honiara City Council.

The Office of the Auditor General (OAG) is an independent institution responsible for upholding public sector accountability, transparency, and integrity on behalf of the people of Solomon Islands through professional, independent audit services and reports.

While formally appointed by the Governor General, the recruitment of an Auditor General is the responsibility of the Public Service Commission (PSC).

Mr Dennis was endorsed by the PSC as the most suitable candidate earlier this year.