Negligence in Neonatal Deaths Not Acceptable 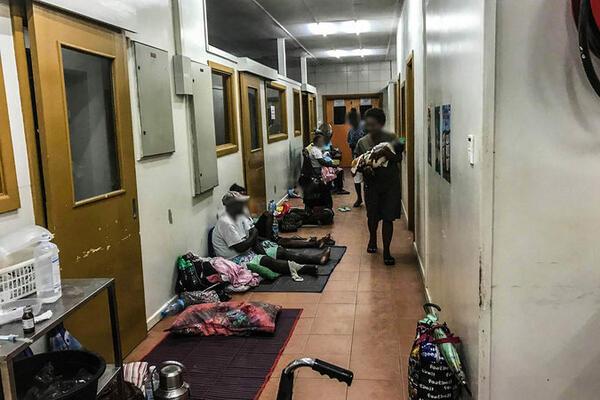 Babies who die during and after childbirth including stillborn are usually placed in empty carton boxes and handed over to the mother and/or relatives to take home for proper burial.
Source: File: RNZ
By Georgina Kekea
Share
Thursday, 21 January 2021 08:20 AM

This concern was raised by family members of a mother who recently lost her baby from unknown causes at the NRH. In the mother’s antenatal book, the baby was registered as ‘live birth’ by the nurse in attendance.

“My niece was perfectly healthy and on term, and, because no explanation was shared by the doctor (that the family knows of). My grieving tabu (inlaw) says five babies were lost over the course of the Saturday-Sunday period while she was there” a grieving family member says.

It is understood the NRH should have a system called the child death review process which was introduced in 2017. Auditing of paediatric deaths is said to be vital for improving the quality of care provided in any health facility. The process involves summarising the deaths for audit discussions, identifying modifiable factors, deciding action plans, implementing action plans and evaluation.

At the NRH, neonatal and child deaths were said to be audited by the paediatric team after morning handover of the night staff to the day staff. Cases before them were then summarised, discussed and information sent to the Ministry of Health for processing of death certificates.

Most of the cases discussed are said to be confidential.

A 2018 medical journal written by Solomon Islands paediatricians however revealed that under the neonatal and child deaths audit carried out at the NRH, rather than focusing on individual mistakes, the focus is on searching for common patterns.

“For example, in looking for reasons why laboratory staff on call were unavailable at night, rather than why an individual was not available during night duty. This identified situations where difficulty getting laboratory staff at night was due to the staff having to be picked up from home to hospital, the team saw this as a limitation in hospital management for not providing prompt transport for laboratory staff or having a room to rest during on-call hours”, the journal highlighted.

“Another friend of mine, in 2019 gave birth to a healthy baby. After they took the baby from her for clean up, they came back with sad news. Something is very wrong at the labour ward. We need answers to this kind of situation”, another mother in the social media support group says.

In Solomon Islands there is no well-developed coronial service or vital registration system, thus family members were mostly left to grieve with no closure to the cause of death for their loved ones.

Most neonatal deaths occur in the first few days of life. Many of these deaths are said to be from preventable or treatable causes. Essential newborn care usually does not cost much. Basic resuscitation, early breastfeeding and skin-to-skin contact are the basic interventions which a healthy newborn baby needs.

Babies who die during and after childbirth including stillborn are usually placed in empty carton boxes and handed over to the mother and/or relatives to take home for proper burial.

Neonate deaths in Solomon Islands is said to be 16 deaths per 1000 live births.