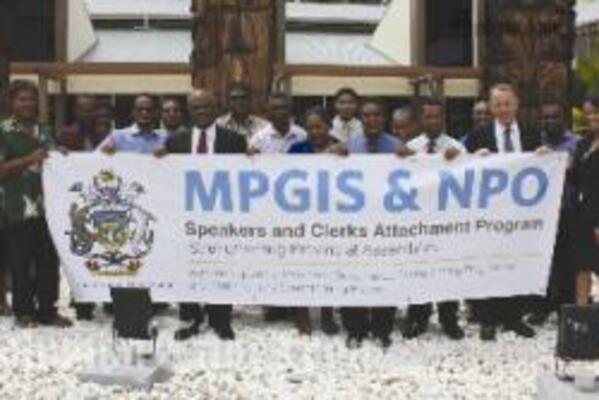 Minister for Provincial Government and Institutional Strengthening, Walter Folotalu, made the commitment at the closing ceremony of the Provincial Speakers and Clerks Attachment last week.

The initiative is in collaboration with the Centre for Democratic Institute (CDI) in Canberra, Australia and initial discussions with the Commonwealth Local Government Forum are in place.

"My Ministry through the PGSP has initiated contacts with the Centre for Democratic Institute in Canberra, Australia for training of members of the Provincial Accounts Committees."

"Considering the large number involved, we may not be able to send everyone to Canberra but we can afford to contract the CDI trainers for training to be conducted in Honiara," Mr. Folotalu said.

He said that the Speaker to National Parliament, Sir Allan Kemakeza, the Provincial Government Ministry and the PGSP have had initial discussions with the Commonwealth Local Government Forum on training of local elected leaders.

The local elected leaders' training aims at fulfilling promises to Provincial Premiers during the Buala Premiers' Conference in October last year, in response to demands for a well coordinated capacity building of elected members from various provinces.

Mr. Folotalu said the initiative aims to fulfill the PGSP purpose on local development management with an expected intermediate outcome of poverty reduction and achievement of Millennium Development Goals (MDG) in Solomon Islands.