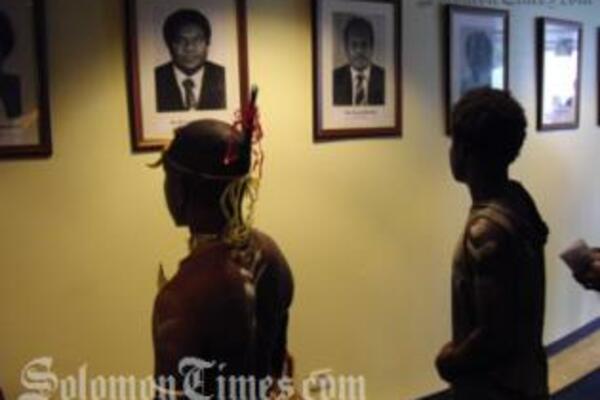 The National Parliament is again opening up its doors for the public today, to mark its 2010 Open Day.

This year's event is co-hosted by the Parliament and the Ministry of Environment, Climate Change Disaster Management and Meteorology.

The Public is invited to come to the National Parliament and learn about the functions, role, history and the importance of the Parliament in our young growing country. By entering into the Parliament Chamber, Solomon Islanders can access, view and discover the unique architectural design and structure of the Parliament building itself, as well as appreciate the formal sitting arrangement of Members of Parliament which usually indicate their support for either, government, opposition or independent during debates and passing of laws. They can also learn about the importance of the Environment, climate change and natural disasters.

Some of the highlights for the Open Day include:

The debating chamber which is commonly restricted during Parliament sittings, will be opened for public entry. The Public can enter into the chambers of our highest and most important institution in the country and learn about, "One Parliament, One Environment: Our Responsibility in Nation Building".