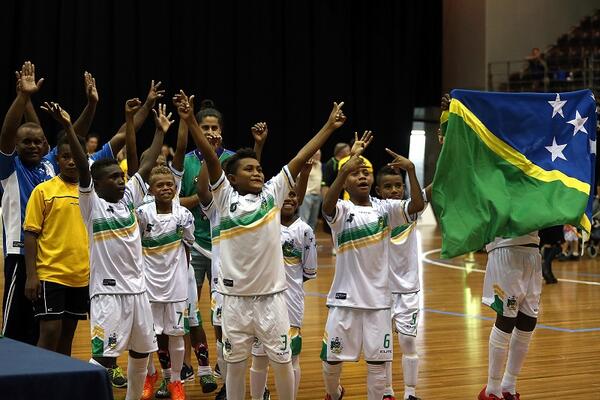 Solomon Islands will be returning for the second successive year to compete in the 2017 FFA National Futsal Championships to be held in Sydney in early January.
Source: Football NSW
Share
Tuesday, 08 November 2016 07:26 AM

They were dubbed the team of the tournament, the tiny but proud Pacific Island country, the Solomon Islands will be returning for the second successive year to compete in the 2017 FFA National Futsal Championships to be held in Sydney in early January.

The Solomon Islands will bring together two teams, their U12 and U15 Boys squads who will once again be on the lookout for more silverware as they hope to capture the hearts of the many spectators that saw its U12 side capture the major title earlier this year.

After defeating the NSW Metro Thunder 3-1, the squad were treated to a heroes welcome in Honiara and were given a special ticker tape parade for this amazing achievement thanks to goals from Raynolds Boboria and a double from Richard Sale.

"No doubt their exciting flair and determination will be on show for all to see as the FFA National Futsal Championships takes centre stage on the 3rd of January concluding on the 8th," a statement from Football NSW reads.