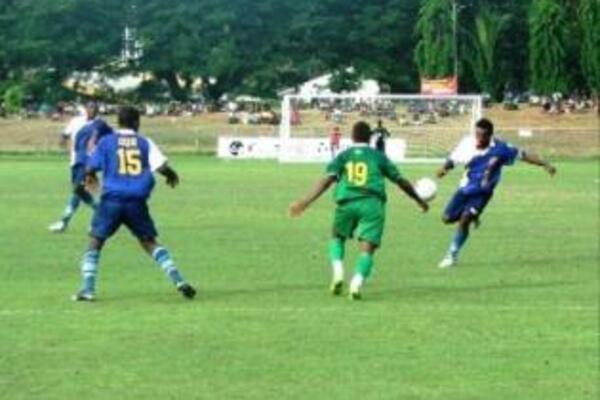 Honiara based clubs have already shifted focus to the national club championship as the competition draws nearer.
Source: STO Archives
Share
Wednesday, 05 May 2010 08:14 AM

The Our Telekom National Club Championship will kick off later this month. This is the statement made by the Solomon Islands Football Federation (SIFF) Events and Competitions Manager, Daniel Fa'alimae.

Fa'alimae confirmed that the Our Telekom National Club Championship Local Organising Committee will be meeting this week to organize the logistics for the event.

"Our first meeting will be held this week. We will be looking at areas like club registration, security, travel arrangements and so forth," Fa'alimae explained.

On this note all Provincial Football Associations are called upon to confirm their representative clubs as soon as possible. The deadline for registrations is May 14.

Honiara Football Association (HFA) confirmed through its Vice President, Samson Faisi, that Honiara will be represented by Koloale, KOSSA, Makuru and Uncles.

The Our Telekom National Club Championship will be used to identify Solomon Islands next club representative for the Oceania Football Confederation (OFC) Champions League, better known as the O-League.

With Hekari's historic win over Waitakere United, the competition in the Our Telekom National Club Championship is expected to be tougher.

Honiara based clubs have already shifted focus to the national club championship as the competition draws nearer.