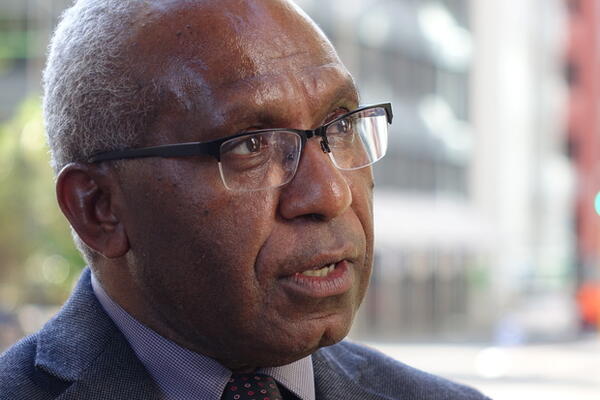 The Secretary-General of the United Liberation Movement for West Papua, Octo Mote, currently in Honiara the summit of the Melanesian Spearhead Group
Source: radionz.co.nz
Share
Thursday, 14 July 2016 07:45 AM

The Solomon Islands government says the United Liberation Movement of West Papua wants to move away from advocacy towards nation-building.

The Movement's general secretary Octo Mote says for West Papuans to gain international support for their push for self-rule, they need to be involved in nation-building.

Mr Mote is in Honiara to attend the summit of the Melanesian Spearhead Group.

He said the organisation must take part in building the economy, training health care professionals and helping people prepare for the adverse effects of climate change.

Mr Mote said the Movement will seek help in this from the smaller island states of the ACP Group.

The Solomons Prime Minister, Manasseh Sogavare, said this is a positive move because it could convince Jakarta that West Papuans are serious about looking after themselves and developing their vast natural resources.

Mr Sogavare said as a firm believer in MSG solidarity, West Papua cannot go wrong if it harmonises its politics and economics.