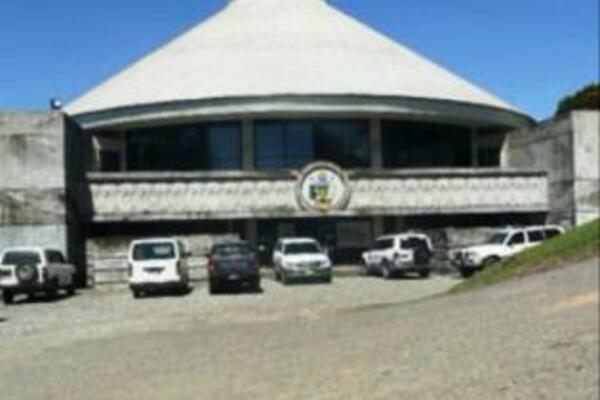 The Prime Ministerial election is still too close to call with both camps claiming to have the numerical advantage.
Source: STO Archives
Share
Wednesday, 25 August 2010 08:56 AM

The Prime Ministerial election, scheduled to begin sometime after 9.30am this morning, is still too close to call with both camps claiming to have the numerical advantage.

The Heritage Park Hotel camp, with Steve Abana as its candidate for Prime Minister, claims to have at least 27 within its ranks.

Mr Abana also stated in an earlier interview that he is expecting some "silent supporters during the actual election."

The Pacific Casino camp, with Danny Philip as its candidate for Prime Minister, is claiming to have 26. Mr Philip also stated that he will also be expecting some "anonymous supporters" today.

Meanwhile, the numerical advantage appeared to be in favor of the Heritage Park Hotel camp with the switch of political heavyweight Manasseh Sogavare late yesterday afternoon.

The two-time former prime minister says he will now be voting at today's election for Steve Abana.

Mr Sogavare said he made this decision "following observation during the horse trading period which saw rapid movement of MPs from one camp to the other."

"My decision is based on national interest which has always been my guiding principle in politics," said Mr Sogavare.

Meanwhile the Pacific Casino camp has stated that the true reason why Mr Sogavare switched allegiance was because he was not considered for the Prime Minister's position.

The Pacific Casino has arrived at the National Parliament a few minutes ago with 26 members.