Mystery Seeds Arriving in US Said to be From Solomon Islands 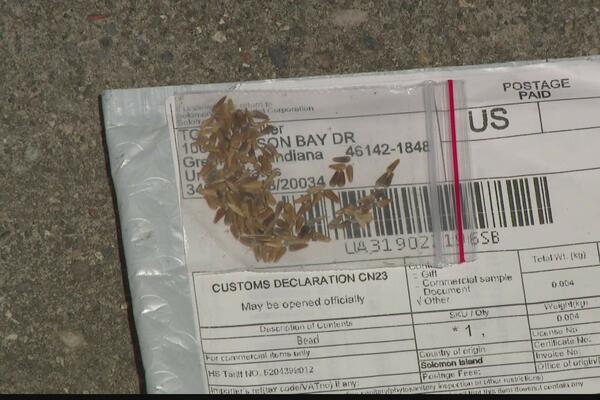 "Anyone receiving seeds that they did not order should not open the packets or plant the seeds," Michael Wallace, director of communications at Virginia Department of Agriculture and Consumer Services, told VOA.
Source: VOA News
By Jimmy Nolan
Share
Monday, 03 August 2020 09:35 AM

The United States Food and Drug Administration (USDA) is said to be investigating suspicious packets containing seeds from China and the Solomon Islands.

The unsolicited seed packages have shown up in people’s mails recently in all 50 states in the US.

"At this time, we don't have any evidence indicating this is something other than a 'brushing scam' where people receive unsolicited items from a seller who then posts false customer reviews to boost sales," the U.S. Department of Agriculture wrote on its website.

With either white or yellow packaging, the packages appear to have been shipped via China's state-run postal agency and contain Chinese characters on the outside.

Reports also state that some of the packages are labeled as having originated from the Solomon Islands.

"Anyone receiving seeds that they did not order should not open the packets or plant the seeds," Michael Wallace, director of communications at Virginia Department of Agriculture and Consumer Services, told VOA.

"Residents should be cautious because planting seeds that are non-native to the United States could potentially be an invasive species that would be a detriment to the environment," warned Louisiana Commissioner of Agriculture and Forestry Mike Strain.

“We have, over the years, received returned packages for mails said to be from Solomon Islands, but are in fact, judging by the contents, not from here, so these things happen. It is just a label on the package, that’s all it is.”

He says the content of the packages, as reported in the media, makes it obvious that it is not from Solomon Islands, and suggests that those that sent the packages wanted to remain unknown to the recipient.