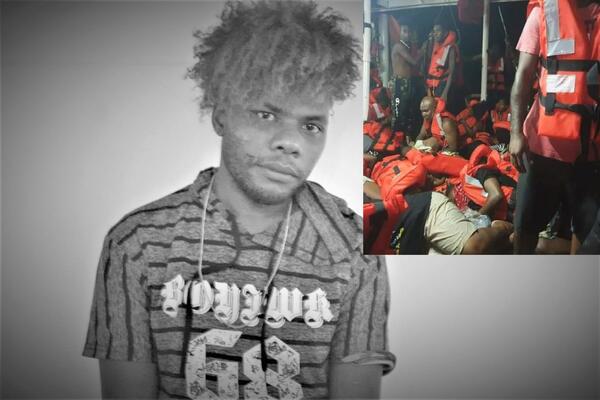 “I look around next to me and I realized some people were missing, I took my bag out and just prepared to jump if it got worse. I just held onto the rail and it felt like a long time.”
Source: STO
By Jimmy Nolan
Share
Thursday, 29 April 2021 10:20 AM

It’s been a year since the MV Taimareho boat tragedy shocked citizens in the country. 27 people died when they were washed overboard when it encountered Cyclone Harold enroute to Malaita.

The memory is still fresh in the mind of 24-year-old James Maesiki, a passenger in the ill-fated journey.

Maesiki was among hundreds who were cramped onto the boat, travelling from Honiara to Malaita Province as part of a government COVID-19 repatriation advice.

“I will never forget, that was the darkest time in my life, it changed me, I cannot live a normal life, I feel like anything can happen in any moment,” Maesiki recalls.

“I was with my mother and two small nephews, I did not want to board the ship that day because I saw the weather was bad, but the boat kept loading so I thought it was ok.

“The boat was full, so I went to the back and found a space, I was sitting next to a mother and her young children. It was already rough when we departed, I remember thinking the winds were strong, but I just prayed and sat.”

Maesiki says that as they approached Malaita they were hit by the storm, he recalls people screaming and praying, he held onto the rails and closed his eyes.

“It was very sad to hear children crying and mothers praying, the boat was just like a wooden canoe, waves just crashed us from every side, people screaming, than two big waves hit us, the lights went off and I just thought to myself just hold on tightly to the rails.

“The situation got worse, we could not move because it was so crowded, and people panicked. The waves just run through the boat, and I almost got washed away but I held on tight. I was worried as I could not see my mother and nephews. But I just had to fight to survive.

“I look around next to me and I realized some people were missing, I took my bag out and just prepared to jump if it got worse. I just held onto the rail and it felt like a long time.”

He said he felt like crying, thinking of his mother, but he just closed his eyes and held on.

“After the incident no one talked, or even moved, I only saw my mother when we got to the port at Su'u secondary school. She cried the whole night because she knew I was outside sitting near the rails. I just thank God we survived,” Maesiki said.

A Marine Board Inquiry found the vessel was overcrowded, understaffed, and cargo improperly stacked on its deck which affected its stability in rough seas and the vessel did not have clearance to travel as a weather warning had been issued to all ships at the time.