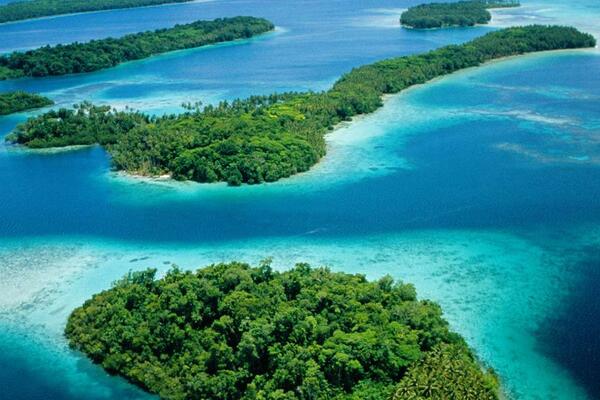 Islands fringed with coral reefs in New Georgia, in the Western Province of the Solomon.
Source: Supplied
Share
Tuesday, 16 January 2018 07:31 AM

Located on New Georgia Island, Munda airfield's reconstruction has taken seven years and has been funded by New Zealand. According to the Solomon Times, the New Zealand government has allocated at least USD26 million to the project.

According to the ch-aviation capacity module, the Solomon Islands' flag carrier is currently the sole operator at Munda, flying 10x weekly to the capital Honiara, 7x weekly to Gizo and 1x weekly to each of Kagau, Ramata and Sege.

Munda, the main port of call closest to the popular Marovo lagoon, should see a boost in tourism arrivals, and perhaps potential investors, once international flights open up.

Figures released by the Solomon Islands National Statistics Office show a total of 2,397 international travellers visited Solomon Islands in September 2017 — a 67.8 percent increase over the 1,428 visitors recorded for the same month in 2016.