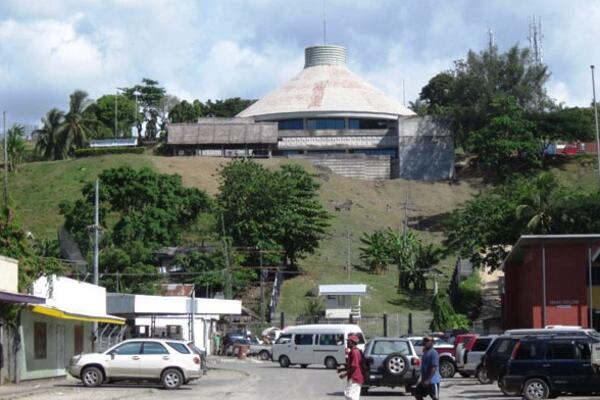 The LCC says they have been given 60 days to respond in writing to the charges.
Source: Piero Scaruffi
Share
Thursday, 13 June 2013 08:36 AM

The Leadership Code Commission (LCC) has charged 21 MPs over alleged misconduct in office. 15 senior public servants have also been charged.

The Commission’s chairman, Emmanuel Kouhota, says the leaders could be fined up to 700 US dollars if found guilty.

“It’s something that they took for granted or just take lightly, and so some of them just don’t care to make a declaration to the commission. I remind our leaders that they should comply with their obligations and duties that are placed on them by the constitution and the Leadership Code Act.”

Mr Kouhota says they have been given 60 days to respond in writing to the charges.

An official close to the proceedings say that the charges relate to simple oversight.

“If they had declared their interests to the LCC than that satisfies our requirements, and it is seen as complying with the Act,” said the official.

He says the Solomon Islands are a small country, and they understand that almost everyone that these individuals deal with on a daily basis are either related or are close associates.

The official says a case in point is that of the Finance Minster who approved the payment of 39,000 US dollars of his constituency’s funds to a lodge owned by his wife.

“A lot of these individuals are well meaning and have served in various capacities with good track record, but the only problem is not declaring their interests when carrying out their duties.”

The Finance Minister is on a ministerial trip to Malaysia and could not be reached for comment.