MP Lashes Out at Fijian Leader 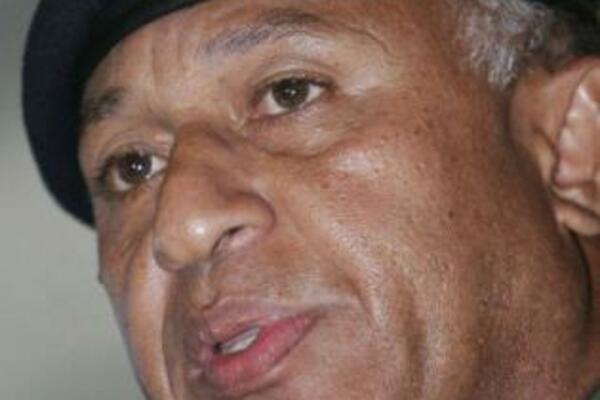 Wale says his position is clear and that is, "MSG countries should not allow Bainimarama to control them."
Source: Photo Supplied
Share
Monday, 25 October 2010 08:26 AM

Member of Parliament for Aoke Langalanga Mathew Wale has lashed out at Fiji's Prime Minister, Commodore Frank Bainimarama, describing him as someone "who wants countries of the MSG to bow down to his demands."

Matthew Wale made the statement in a reply to a question about his opinion regarding the recent MSG chairmanship impasse, which Solomon Islands have agreed to play a mediation role between Fiji and Vanuatu.

Wale says his position is clear and that is, "MSG countries should not allow Bainimarama to control them."

Meanwhile, Wale says that the MSG countries should learn from this and not allow Bainimarama to dictate any future matters regarding the MSG.

Vanuatu's Government Public Relations Officer, George Tarimanu, told Daily Post in an earlier interview that there is still a lot of misapprehension about the decision of Prime Minister Edward Natapei.

Tarimanu said one of the agreements of the MSG countries to establish the organisation is that there has to be consensus on the next Chair of the Leaders' Summit.

Solomon Islands Prime Minister Danny Philip has stated that his government will continue to maintain an open-door policy towards Fiji, despite the latest setback.