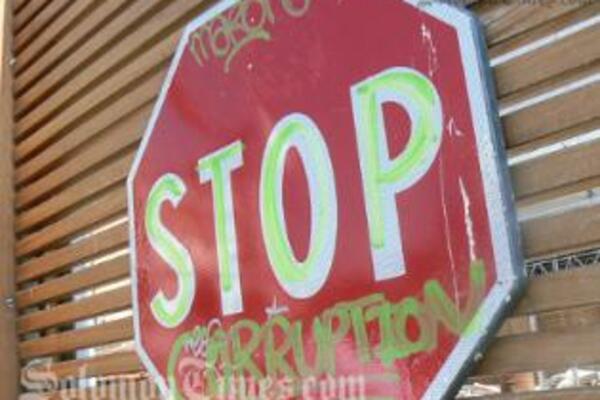 The police chief added that the recognition of corrupt activities is an important first step.
Source: Photo supplied
Share
Monday, 10 December 2012 09:32 AM

The Police Commissioner, John Lansley, says more needs to be done in the fight against corruption.

Speaking at the International Anti-Corruption Day on Saturday, Mr Lansley says such an issue "must include all stakeholders taking decisive steps together."

"Corruption is an inhibitor to investment therefore it is important to combat it seriously to ensure that opportunities for employment, investment, education, and health are not denied."

The police chief added that the recognition of corrupt activities is an important first step.

"It is therefore necessary that education based on ethics and integrity are part of the school curriculum and also part of any public sector training programme," said Mr Lansley.

The Police Commissioner also highlighted the need for the establishment of an Independent Commission Against Corruption.

He says such a body would have auditors, prosecuting lawyers, police, media officers and secretarial staff.

Mr Lansley says members of the Commission would also need powers to have access and seize documents.