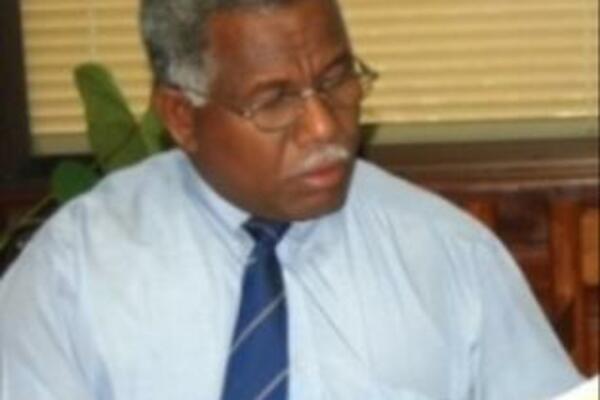 "Essentially what this means is that workers earning SBD$580 dollars or less per fortnight will not pay any taxes," said the Finance Minister.
Source: STO Archives
Share
Friday, 02 December 2011 08:19 AM

As of next year government workers will get to keep a little more money from their pay.

Minister for Finance and Treasury, Rick Hou, today announced that the Government will increase the Personal Income Tax Exemption threshold from the usual SBD$7,800 dollars to SBD$15,080 dollars starting January next year.

"Essentially what this means is that workers earning SBD$580 dollars or less per fortnight will not pay any taxes," said the Finance Minister.

The Finance Minister said that the personal income tax exemption for Solomon Islands has been low in comparison to other tax jurisdictions within the Pacific region.

Finance Minister Hou said the minimum Personal Income Tax Exemption has also remained unchanged for more than a decade and that the matter has "become more pressing as the prices of goods and services increase rapidly."

Minister Hou said that this will not affect other government services that Solomon Islanders are enjoying as some are covered through bilateral programmes.

The Personal Income Tax Exemption will be effective on 1st January 2012.