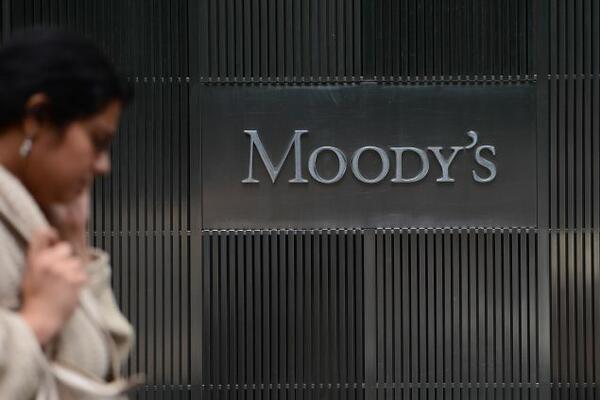 Moody's Investors Service has affirmed the Government of Solomon Islands' local and foreign currency issuer ratings at B3 and maintained the stable outlook.

The factors supporting the rating affirmation and stable outlook are Moody's expectation that:

In addition, the economy and public finances will remain highly vulnerable to both sudden climate events and gradual climate change trends.

RATIONALE FOR RATING AFFIRMATION AT B3

We expect the Solomon Islands' credit profile to continue to be supported by a very low government debt burden and high debt affordability.

Government debt, which we estimate to reach 10% of GDP in 2017, is one of the lowest among the sovereigns that Moody's rates. Debt relief by key creditors significantly reduced the debt burden in 2004. Adherence to legislation that sets a ceiling on the debt to GDP ratio and precludes the use of borrowing to fund recurrent expenditure has maintained debt at very low levels since then.

We expect government debt to increase slightly to around 12% of GDP by the end of 2018, still very low relative to other B-rated sovereigns and, more generally, all rated sovereigns.

Although the government's cash balance has fallen to low levels this year, as revenues have come in below expectations, we expect the government to maintain its ongoing commitment to ensuring robust public finances. Solomon Islands' successful graduation from an IMF program in 2016 has helped strengthen fiscal management through the Public Financial Management Act, the introduction of a multiyear budget framework and enhancements to debt management.

The recently launched tax review, which includes examining the consumption tax, sales tax, income tax and other taxes such as gambling tax, would raise prospects for government revenue receipts if successfully implemented. At this stage and given the likely implementation lags and potential narrowing of the scope of the fiscal reforms, we do not factor a significant broadening of the tax base in our projections.

Larger borrowing to fund key development projects such as the Tina River Hydro project will be done on concessional terms and include grants. We also expect Australia (Aaa stable) to continue to provide aid to Solomon Islands, which will help to maintain the sovereign's low borrowing needs and high debt affordability. Overall, interest payments on government debt will remain below 0.5% of government revenues, a very low level compared to other rated sovereigns.

Although an escalation of domestic political and social tensions could have a high credit impact by threatening the continuity of donor support and hampering the effectiveness of policies and economic growth, we think it is a low probability risk. There has been some progress on restoring law and order in the past decade through the Regional Assistance Mission to Solomon Islands (RAMSI), which we expect to persist.

We expect Australia's technical and financial engagement with Solomon Islands to continue following the conclusion of RAMSI. Australia will continue to provide development support for justice and governance, education, health and police development through its bilateral aid investment program. Australia provides about 70% of Solomon Islands' total aid, equal to around 28% of the government's revenue or 12% GDP. The signing of a security treaty in August 2017 underscores the continued engagement on security issues between the two countries.

At the same time, resilience is low on account of the country's low level of development, reflected in very low incomes, low quality of infrastructure and weak institutions. These characteristics are somewhat mitigated by low government debt levels that provide room for expansionary fiscal policy, if necessary, and the potential for physical assistance and financial support from international partners.

The economic base is narrow, reliant on agricultural and forestry production for around 30% of GDP. The economy's dependence on forestry resources -- which are depleting at a sustained pace -- and goods exports to China -- which account for a sizeable 26% of GDP -- raise the sovereign's susceptibility to sector and market -specific shocks.

The Medium-Term Development Strategy 2016-2035 aims to bolster the economy's resilience through new sources of growth and revenues, though the effectiveness of these measures has yet to be revealed.

Constraints on access to finance are a hurdle to strengthening economic output. Although banks are adequately capitalised, highly liquid and profitable, a potential further reduction in correspondent banking services could hinder the flow of credit to trade and investment sectors.

Incomes, with GDP per capita around $2,000 in 2016 at purchasing power parity, are very low relative to other B-rated sovereigns, despite more than doubling over the past decade.

Furthermore, most economic and policy institutions are nascent. Solomon Islands' rankings on Worldwide Governance Indicators, particularly government effectiveness and the rule of law, are low. Perceptions of corruption have the potential to hinder the implementation of key investment projects and stymie progress on economic development. Lack of transparency on parts of government funding and spending weighs on the operation of and reporting of the budget, particularly given the emphasis donors have placed on adherence to fiscal reforms.

More generally, the country's very small size constrains the effectiveness of institutions by subjecting Solomon Islands to factors beyond the control of domestic policymakers.

On the upside, the successful development of the Tina River Hydro project and Oceanic Cable project could boost potential growth by increasing domestic electricity supply and internet connectivity, allowing the development of some new sectors of economic activity. In addition, the potential for gold production to resume at the Gold Ridge Mine in 2019 would boost mining activity. At this stage, there are significant challenges to the timely and effective implementation of these projects, such as land rights and geopolitical issues.

On the downside, the economy's growth potential could weaken materially in particular if the structural decline in the logging industry, weak competitiveness and low quality infrastructure hinder investment more significantly than we currently assume. In turn, a prolonged economic slowdown or sudden negative economic shock, combined with lower donor funding and depleting government's cash reserves, would undermine fiscal strength.

Moreover, a deterioration in the bilateral relationship with Australia or in the country's engagement with multilateral development partners would undermine high fiscal strength given the prominent role of aid and concessional financing and hinder fiscal management through lower institutional capacity.

WHAT COULD CHANGE THE RATING UP

Upward rating pressures could develop as a result of 1) steady diversification of the economy away from the logging sector; or 2) significant strengthening in institutional capacity.

WHAT COULD CHANGE THE RATING DOWN

Downward rating triggers could stem from 1) a reversal in fiscal discipline and debt consolidation, reflected in a further lasting erosion in government cash reserves and potentially stemming from sharp cuts in aid from donors; or 2) a worsening political environment that hinders policymaking and leads to lower financial and technical support from international partners, or 3) a deterioration in the external balance sheet that would result in depleting foreign exchange reserves and raise balance of payments risks.

Default history: At least one default event (on bonds and/or loans) has been recorded since 1983.

The principal methodology used in these ratings was Sovereign Bond Ratings published in December 2016. Please see the Rating Methodologies page on www.moodys.com for a copy of this methodology.

The weighting of all rating factors is described in the methodology used in this credit rating action, if applicable.