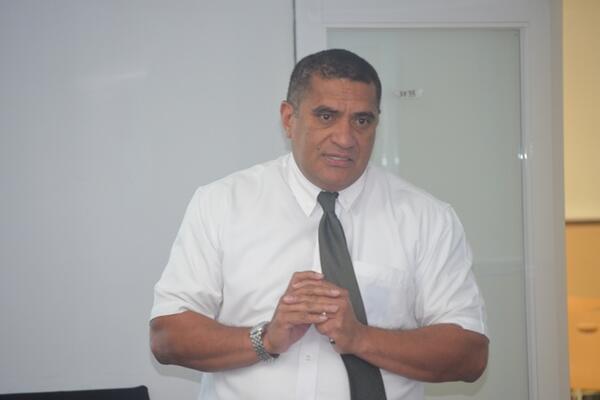 The Ministry of Finance and Treasury (MoFT) has described the front-page article in the Island Sun newspaper on Monday 17th October regarding the alleged sacking of the Accountant General and the purported delays in payments as a “deliberate attempt to distort the truth and to mislead the Public.”

The Ministry of Finance and Treasury (MoFT) confirms that the Accountant-General had not been “sitting on payments” for dubious reasons, which the Paper claimed to have compounded the situation.

“This is far from the truth, if not a deliberate distorted account of the normal payment procedures in Treasury,” a statement from MoFT said.

"The Permanent Secretary for Finance and Accountant-General are responsible under the Public Financial Management Act to advice the Minister of Finance and the Government on measures that ensure financial stability and proper use of public funds for the purpose it was intended for."

The statement says that MoFT can attest that all payment submissions that have been assessed as meeting payment and procurement requirements, have been processed and released within the 4-5 day average turn-around period and are according to schedule.

MoFT says that for payments in the essential service or priority category as above that has not been processed as scheduled, the reason for delay can be due to any of the following three major reasons:

“It must be clarified that there are always payments, including those for essential services, being delayed for one or more of the reasons (i)-(iii) above, which MOFT has always sought to promptly apprise ministries of its position.

“These can also include payments for on-going or existing contracts which have yet to be fully vetted and verified by the Ministry concerned for issues like physical progress of works, delivery of goods and services."

MoFT says that a number of these suppliers/contractors have been under scrutiny by MoFT for continuing default on their part to meet the terms of their contract with SIG or for transactions incurred without proper procedures.

“MOFT will not reveal nor go into these details since these are all part of MOFT’s query and subsequent due processes, and we respect the confidentiality of our dealings with vendors/suppliers/contractors unless and until it is substantiated enough for further investigations or referrals to proper authorities.

“The Accountant-General is an important part of MoFT but the responsibility is just one of the many executing authorities of Government decisions in the ministry, including the Permanent Secretary, Under Secretaries and Department Heads of IRD, Customs, ICTSU and National Statistics," the statement reads.

It says that the policy on reservations was part of Cabinet’s decision to effeput in place such a measure to ensure that expenditures were confined within revenue inflows from August thenceforth to end of 2016.

“This would enable Government to maintain adequate levels of cash reserves to unforeseen emergent needs, as well as keep Government finances on a stable footing moving into 2017. The execution of this decision is the joint responsibility of the relevant authorities in MOFT, though the Accountant-General plays a principal role in this particular one.

“MoFT has always availed itself to discussions with ministries that have payments issues and we will continue to do so. The MOFT advises that the public should perhaps raise those specific instances they have concerns on with the relevant ministries so that they can discuss the matter with MoFT in accordance with proper process."

The statement says that speculations that Mr Paula Uluinaceva has been sacked as Accountant-General, insinuating that his actions has led to or exacerbated the cash flow situation is simply false, misleading and damaging not only to MoFT but Government and the economy as a whole.

“The fact is Government’s cash flow is stable and the reservations and other expenditure measures are part of a proactive strategy to ensure Ministries prioritize, given the challenging revenue trends. It is also aimed at curbing wastage, abuse and unnecessary use of public funds.

MoFT said good journalism does not whip up malicious, false and speculative stories intended to damage the reputation of authorities or persons they apparently have an embittered agenda against.

“And ill-informing the public, making baseless remarks and casting false aspersions on MOFT in an unprofessional manner is in itself a self-ridicule and an embarrassment.

“Mr Uluinaceva’s appointment as Accountant-General has lapsed recently and a new appointment is now being considered by the relevant authorities. MOFT will defer to the authorities and will respect and abide by its decision,” the statement added.