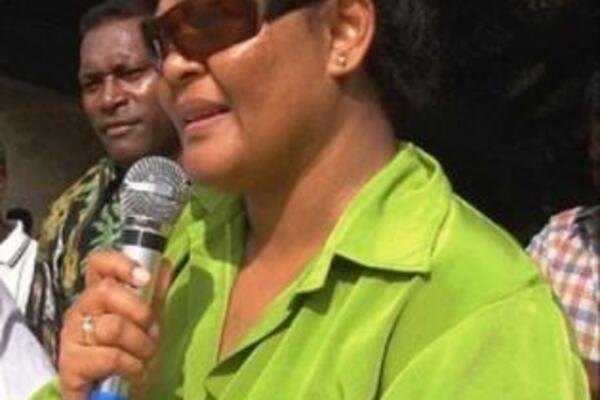 It was a big victory for Mrs Lusibaea, who polled 2802 votes ahead of the second candidate Fredrick Kwanairara with 901 votes.
Source: Photo supplied
Share
Tuesday, 28 August 2012 09:26 AM

A prominent women's leader in Solomon Islands says there has been a mixed reaction to the election of only the second woman MP in the country's history and the current parliament's sole woman representative.

Vika Lusibaea, who is from Fiji, achieved a substantial victory over her nine male rivals in the North Malaita by-election.

Mrs Lusibaea is the wife of the former North Malaita MP Jimmy Lusibaea, who lost the seat after an unlawful wounding conviction.

Dr Alice Pollard, who directs the West 'Are' Are Rokotanikeni or Women Coming Together Association, says some people are asking if Mrs Lusibaea was successful because she is a foreigner.

"Or because she's a woman and she can deliver or did she win because of the great support rendered to her by her husband and family and the whole constituents, you know people are still asking the question of how did she get in."

The Hon. Vika Lusibaea is only the second women in Solomon Islands political history to enter the National Parliament. It was a big victory for Mrs Lusibaea, who polled 2802 votes ahead of the second candidate Fredrick Kwanairara with 901 votes.