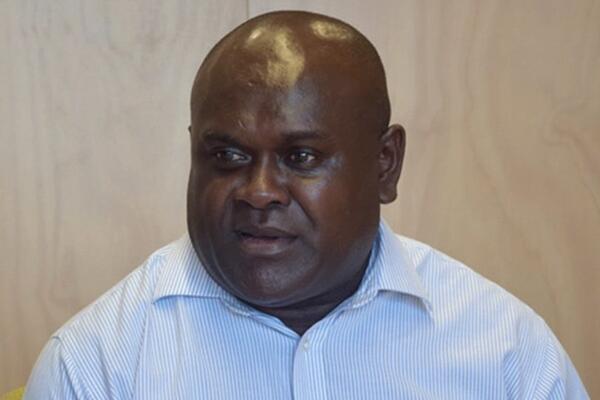 The Ministry of Finance and Treasury today issued a statement rejecting media reports in relation to the US$100 billion financing introduced by the promoter of the financing proposal Mr. Terry Wong.

According to the statement, what has transpired and the intention of the correspondences between Hon. Harry Kuma and Mr. Wong, is to collate necessary and accurate information from the promoter after he approached Hon Kuma who as the Minister of Finance and Treasury, has the legal mandate in so far as government borrowing or guarantees is concerned under the Public Finances Management Act 2013 (PFMA).

The statement said that given the development challenges and needs of the Government as prescribe under the Policy Implementation Framework of the Government outlined in the 2020 Budget Strategy, and along with the mandated power of the Minister of Finance and Treasury under the above mentioned Act, consultation with prospective financiers is a standard component of due process to identify potential funding sources which by no means places public finances at risk.

The statement further clarifies that in fulfilling these obligations, the purported correspondences that was prematurely leaked to main stream media, was nothing more than a written request to provide accurate and more detailed information of the proposal, for purposes of investigation to warrant further assessment and not an attempt to secure a loan or other forms of financing which would incur unnecessary liability on public finances.

“This is not the first time such an offer has reached the Ministry or Government. In 2014, the government also received a similar proposalbut after assessing the offer, the government rejected the funding,” the statement revealed.

The Minister also complied with proper procedure to seek advice from the Debt Management Advisory Committee or DMAC, after receiving some information from the promoter. DMAC met on 7 th January, 2020, as required under the PFMA, to assess the proposal as requested by the Minister.

The proposed funding is the largest ever dealt with by DMAC and the material evidence provided was insufficient to make a firm recommendation to the Minister. It was further revealed that the position of DMAC is to carry out a full due diligence assessment on the offer and Mr. Wong as the Promoter, in order to ascertain the authenticity and viability of the proposal. Since the DMAC assessment was made nothing has been progressed.

“As a responsible Government, we cannot accept loan funding that is not affordable and are careful to only accept loans that will generate returns which the government has the capacity to repay” the statement explained.

Furthermore, the statement also confirmed the Government is aware that any financial commitment should not undermine our sovereignty or cause any adverse impact to the economy which includes inflationary risks. Contrary to media speculation, these are areas of concern to the government which the current SIG Debt Management system is designed to safeguard.

The Government assures that Solomon Islands borrowing is well managed and guided according to the PFMA and Debt Management framework, and the Ministry of Finance and Treasury is operating a robust and resilient debt management system which is based on global debt management modules and cannot accept any borrowing that is beyond our capacity to service.

SIG National Debt portfolio has not recorded a single loan from PRC. It’s important to note that our SIG debt is well within the affordable and sustainable level and the threshold has not been breached to date.