Mining Company Had No Regard for Graves: Tribal Chief 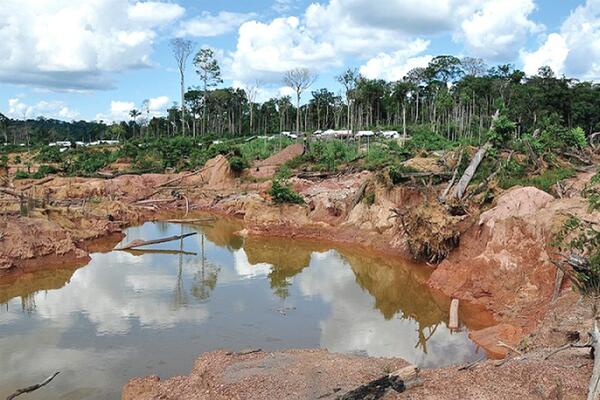 In a ute paid for by the mining company, he took Newshub to his old village - now just a crater in the red earth.
Source: Island Sun
Share
Tuesday, 09 April 2019 12:29 PM

A tribal chief says he feels regret and shame after doing business with a mining company operating in Rennell Island.

Speaking to Newshub he says his people have not received adequate compensation from the mining and have suffered from environmental damage and the destruction of family grave sites. Joshua Na'siu is the chief of Aba'tai village on Rennell Island.

He entered into a deal with the mining firm believing it would lead to a better life. He's now changed his mind.

"I believe that there's nothing good in this mining," he told Newshub.

"I'm very worried about my family and our tribes because I don't know how to sustain our life."

On his doorstep is a mining ship chartered by the Chinese firm Bintan Mining. It's grounded and is leaking oil. There's been another sacrifice, one that's even more personal for Joshua.

In a ute paid for by the mining company, he took Newshub to his old village - now just a crater in the red earth.

"I'm very regret and also I can't believe it because most of their promises are not function well," he says. He allowed the company to dig up his gardens to mine for bauxite, used to make aluminium.

He says he got just SI$20,000 (NZ$3,600) in return, and as the excavators worked through the night, four of his family's grave plots were also destroyed.

"They work overnight and the other day they told me that some machine already dig it," he says.

He says he was compensated for the damaged graves.

Bintan Mining has development projects to help support locals. A basketball court and church in one village was paid for by the firm. But there's little evidence of progress in other areas.

Company manager Fred Tang refused an on-camera interview, but disputed the SI$20,000 figure, saying Bintan pays "much more than that."

He said Bintan runs a "very decent business" and that "infrastructure will be implemented" in other areas.

Na'siu doesn't have much hope.

"You can see for yourself. Our living, our road. There are no big changes," he says.
Na'siu's been trying to negotiate the construction of a kindergarten in his area.

He'll continue to work with the mining company in the hope his people will eventually see some meaningful positive change.