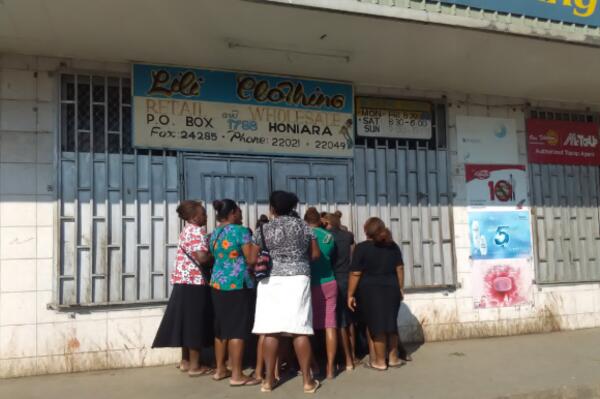 “Those that would benefit from this wage increase are definitely those that need it the most. It would be the house maids, shopkeepers, the carpenters, mechanics and the likes."
Source: Supplied
Share
Monday, 12 August 2019 08:02 AM

The country’s minimum wage has now doubled, from just over SBD$4 per hour to SBD$8 per hour – the new rate will be applied across all sectors.

Minister of commerce, industries and employment Hon. Clezy Rore made the announcement last week, stating that the new rates are effective 1st August 2019. Hon. Rore says that this announcement is important in that it now represents “a fair remuneration package for all employees, ensuring that they maintain a descent standard of living.”

Compared to others in the region Solomon Islands currently have the lowest minimum wage, and by far the highest unemployment rate.

Chair of the Labour Advisory Board and Commissioner of Labour, Josiah Manehia, says that the increase in minimum wage was five years in the making. He thanks all stakeholders for their contribution to the subsequent report and recommendations put to the previous government.

Those familiar with the issue say that while this is a positive outcome for all involved the government must monitor its implementation.

“Those that would benefit from this wage increase are definitely those that need it the most. It would be the house maids, shopkeepers, the carpenters, mechanics and the likes.

“But we all know that they work on casual basis, no contract or fixed salary – so quite hard to monitor,” stated one commentator.

They have suggested that the government pay special attention to the plight of these workers to ensure that they benefit fully from this wage increase.