MHMS Responds to “I Almost Died From Injection” News Article 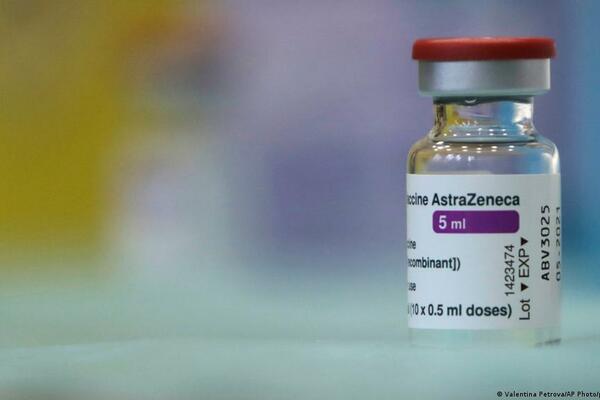 As of day 6 of vaccination yesterday, estimated cumulative total of persons vaccinated is over 2000. With this, only 20 people vaccinated were reported of having minor side effects (stated above) immediately after receiving the vaccine or during the 30 minutes observation post vaccination.
Source: dw.com
Share
Thursday, 01 April 2021 09:10 AM

The Ministry of Health and Medical Services (MHMS) would like to provide some important information in response to the news article released this week titled “I almost died from injection”. This is crucial to ensure balanced information both from the patient and MHMS is provided to the public.

The patient received vaccination on Monday this week at 10:20am followed by the usual 30 minutes post vaccination monitoring and there was no immediate adverse side effects noted. The patient was then allowed to return to work however almost in an hours-time, the patient started to feel some lower limb numbness coupled with feeling weak.

The Adverse Events Following Immunization (AEFI) team were notified and mobilized to the site (where the patient was) immediately and conducted vital tests. All vitals tests like blood pressure, heart and respiration rate, oxygen and sugar level including measure of consciousness all returned results normal results. The patient was then ambulanced to the Central Field Hospital (CHF) and was managed by medical staff.

Nevertheless, the patient continued to express feeling of numbness and weakness despite normal vital tests and medical examination. For precautionary measures, CHF team referred the patient to the National Referral Hospital Emergency Department for further observations.

Following further observations at ED it was noted the patient was clinically stable throughout observations and was kept overnight for monitoring purposes. It was also found that the patient had actually been feeling unwell already prior to receiving the vaccines with multiple visitations to the NRH as recorded in the patient’s medical book with a record of fever and being unwell three days prior to vaccination. The patient was discharged the next day and will return on April 1st for follow up.

The MHMS would like to reiterate to the public that there will be some side effects post vaccination which includes slight fever, pain at vaccination site (arm) headaches, nausea, dizzy, numbness at the injection site which are all expected and should subside in the next day or two. The symptoms like numbness of the limbs or body have not been reported in the clinical trials of the vaccine.

As of day 6 of vaccination yesterday, estimated cumulative total of persons vaccinated is over 2000. With this, only 20 people vaccinated were reported of having minor side effects (stated above) immediately after receiving the vaccine or during the 30 minutes observation post vaccination.

Anaphylaxis, which is the most serious form of adverse reaction which can usually happen immediately after vaccination to date has not been recorded and medical staff at the CFH are on high alert for this when administering vaccination.

We would like to assure the people that we are closely monitoring the safety profile of the vaccine including reported adverse events following vaccination and taking proactive measures to collect, analyse these reports and provide appropriate medical services to the people having side effects of the vaccine.