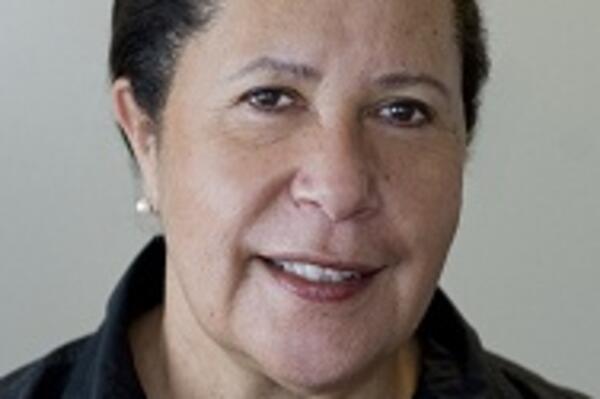 The first female secretary of the Pacific Islands Forum, Dame Meg Taylor, says she's confident she can gain the respect of the Pacific's male-dominated political leaders.

The former World Bank official was appointed on Thursday when Forum leaders wrapped up their annual meeting in Palau.

Her appointment means the top three position in the regional group are now held by women.

"Men in the Pacific know, with all the traditional obligations they have, that women are very much part of that," Dame Meg told Radio Australia.

"There will be a focus on us [women] to see whether we will deliver."

Dame Meg has previously served as PNG's Ambassador to the United States, Mexico and Canada from 1989 to 1994.

She aims to bring her own leadership style to the new job.

"I report to the leaders - I have a lot of bosses - I'm sure with their agreement it should be much more consultative," she said.

"If we're really focused on a regional approach, we've got to be able to make sure people believe in it and are part of it."

Dame Meg will formally assume the role of secretary-general once the term of the incumbent, Tuiloma Neroni Slade, ends in October.

Solomon Islander Dr Jimmie Rodgers, who was also in the running for the top job, says Dame Meg's appointment marks an historic moment for the Pacific.

"It begins a new era for the Pacific Islands Forum," said Dr Rodgers, who until earlier this year held a similar position at the Secretariat of the Pacific Community.

"This serves and acknowledges that they [women] can make a valuable contribution and Dame Taylor has the opportunity in the next three years to do that for the Pacific Island Forum."

The Secretariat of the Pacific Community, another regional intergovernmental organisation, also congratulated Dame Meg on her appointment.

"I am convinced that together we can create a powerful platform for projecting the development challenges of Pacific Island countries and territories onto the international stage," said SPC director-general Dr Colin Tukuitonga.

Australia's Foreign Minister Julie Bishop has said she looks forward to working closely with Dame Meg, describing her as a pioneer for women's economic empowerment.