Media Not Bulletin Board says MASI 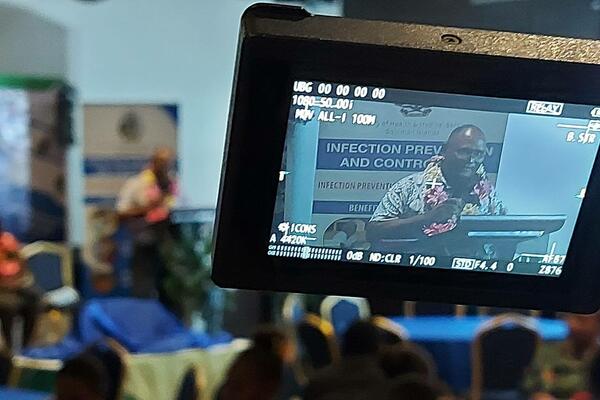 “The government needs the media and vice versa. The response to the COVID-19 pandemic is everybody’s business. However, it seems as if the government wants to do this alone. Only when they need the media then they recognize the media. This should not be the case,” the MASI President says.
Source: File: MHMS
Share
Monday, 31 January 2022 11:13 AM

The Media Association of Solomon Islands (MASI) is urging the government to allow the media to do their job freely and independently.

MASI, a non-government body that represents the interests of traditional media and journalists in Solomon Islands, says the government both national and provincial as well as the police MUST allow journalists and other supporting staff in the media to do their job.

MASI raised this issue in light of challenges faced by news media in getting exemptions to allow them to do their job in the midst of the current situation.
MASI President, Ms. Georgina Kekea says this administrative work should have been done a long time ago.

“We have had mock lockdowns in the past and each time we have to apply for new exemptions. This should be one of the government’s and/or RSIPF’s Standard Operating Procedures (SOPs). We have two years to prepare for this and now is not the time for administrative work. It is time for action”.

She says despite some media participating freely in past lockdowns and curfews, it is not the case now for most.

“All we need are exemptions to allow media organisations to move freely during curfew hours. There are some work that cannot be done virtually. Also government public servants should as much as possible try to respond to queries sent in by the media rather than ignoring the media”.

The MASI President says the Media is an independent body and should be respected as such.

“We are not the government’s bulletin board, nor should the government expect much from independent news media organisations. We must be permitted to conduct our job in a free and independent manner, as dictated by our Code of Ethics and journalism standards. Of course, we have an obligation to assist the government, particularly in combating the dissemination of misinformation, but there must be a balance between the two parties."

The MASI President is urging the Government Communication Unit and the Prime Minister’s Press Secretariat including Provincial Governments Communication Units to develop a realistic and tangible Communication Strategy that will increase media engagement with the government, ensuring that crucial information for public consumption are not misconstrued or misunderstood by journalists.

“There needs to be an avenue for journalists to ask questions and verify information and not just relay what the government is saying. There has to be some sort of accountability too, on the part of the government to its people. While MASI appreciates the continuous one sided communication from the government, more needs to be done”.

The MASI President says the media plays a crucial role in shaping a healthy democracy and is the backbone of democracy.

“We lose our democracy when we become silent on things that matter. Media acts as the buffer between the government and the people. Government public officers must be reminded that the media also performs a “checking function” ensuring that the government is also accountable for the decisions it makes and what they say to the public”.

At the same time, MASI calls on journalists to abide by the Journalist Code of Ethics.

“Journalists and editors have a responsibility to do no harm especially in times like this. Editors should not allow stories that are harmful in nature to be published at this point in time. The Journalist code of ethics must be the guide for newsrooms”.

The MASI President says Editors and Journalists should have a checklist at hand to check the authenticity of their stories.

“Does the story have more than one source? Is the story balanced? Does the information provided by an interviewee require government’s and/or concerned party’s immediate response? Will the story do more harm once published or broadcasted?”

She says journalism is a profession also seen as a public calling.

“MASI will not tolerate those that continue to undermine the journalism profession by disregarding the journalism code of ethics and principles. Publishers and media owners it is also your responsibility to ensure your journalists and editors act within the rules of the profession. The news media industry does not belong to one person but belongs to everyone working in this industry. Thus it should be respected as such”.

The MASI President says MASI does not speak for the vast majority of so-called citizen journalists but only for its members that pledged to uphold the principles of journalism and all that it represents.

Freedom of the press is the fundamental right of various forms of news media—including print, radio, television, and online media—to operate freely in society without government control, restriction, or censorship, no matter what.