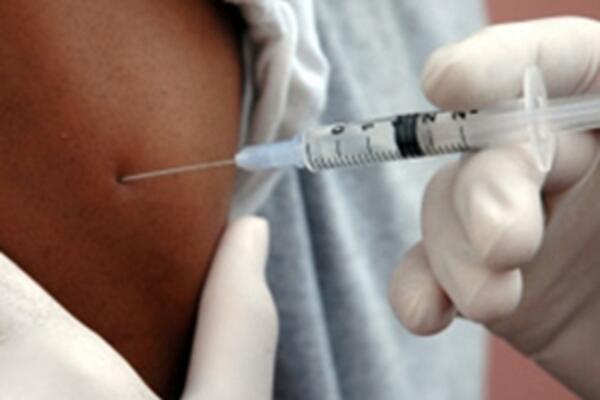 MHMS is urging Solomon Islanders aged 6 months to 30 years to get vaccinated against measles to protect themselves, their families and their communities.
Source: Photo supplied
Share
Monday, 29 September 2014 08:03 AM

A dramatic rise in cases of measles in Solomon Islands reminds the community that the fight against measles is not yet over.

Reports that “measles cases are slowly decreasing” are inaccurate. In fact, cases of measles are increasing and spreading throughout the provinces.

“The Ministry of Health and Medical Services (MHMS) can confirm that over 2300 cases of measles have been reported since the outbreak began in July this year,” said Dr. Aaron Oritaimae, Incident Controller of the Ministry of Health’s Emergency Operations Centre.

“Over 829 cases of measles were reported in the last week alone, and it is likely that there are many more cases which have not been reported. There have also been an additional three measles-related deaths, bringing the total death count to six.”

Dr. Oritaimae reminds the public that the measles vaccination is free and available to all aged 6 months to 30 years in Honiara and Guadalcanal Province as part of the National Measles Vaccination Campaign.

From next week, free vaccinations for the same age group will also be available in Malaita, Central, Western, and Renbel provinces. The campaign will be rolled out in the remaining provinces in early October. Regular campaign information will continue to be announced on radio programmes, such as SIBC Radio Health Programme.

200,000 doses of measles-rubella vaccines to support the campaign arrived in Honiara yesterday and will be rapidly distributed to the provinces.

Dr. Oritaimae reminds people with fever and rash to stay at home, rest, and take paracetamol (Panadol) for fever. They should also keep away from others, particularly pregnant women. If there is no improvement after two to three days, they should go to their nearest health centre.

MHMS is urging Solomon Islanders aged 6 months to 30 years to get vaccinated against measles to protect themselves, their families and their communities.