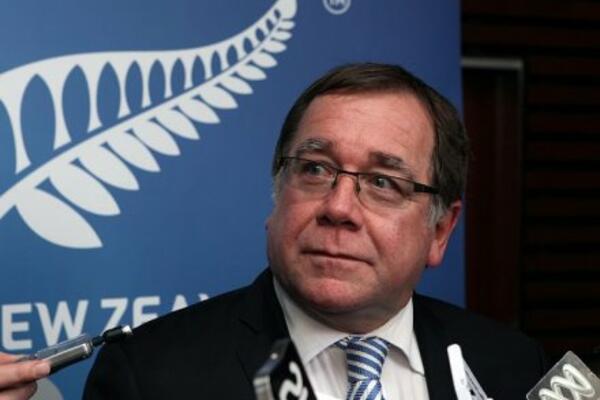 Munda runway is the centerpiece of a major infrastructure investment programme by the governments of New Zealand and Solomon Islands.
Source: radioaustralia.net.au
Share
Friday, 16 August 2013 07:30 AM

“The opening of Munda runway represents a massive economic opportunity for the people of Western Province and the Solomon Islands,” McCully said.

Munda runway is the centrepiece of a major infrastructure investment programme by the governments of New Zealand and Solomon Islands.

“The improved runway will open up Western Province to tourism and create opportunities for village level and large scale operators. It will also allow for the safer and more effective movement of passengers and freight.

“The next stage of this project will see the runway upgraded to international alternate status. This will bring major benefits for airlines servicing Honiara as it will reduce the amount of fuel they need to carry in case of emergency, said McCully.

Currently, about 7 tonnes of reserve fuel is carried to reach the nearest alternate runway at Santo in Vanuatu, 604 nautical miles away. A minimum of 2.5 tonnes of fuel could be converted into payload, resulting in higher freight volumes, lower cargo rates and cheaper airfares.

The project also involved removal of nearly 5100 unexploded ordnance items from World War II, including a 1000lb bomb, and over 5700 items of small arms ammunitions.

“New Zealand is providing up to $25 million to these infrastructure projects in Western Province. In addition to the Munda runway and the Noro-Munda road we are also supporting the redevelopment of Nusatupe runway, which services the regional tourism hub of Gizo,” McCully said.