Matters of National Security Should Not Be Kept Secret: Wale 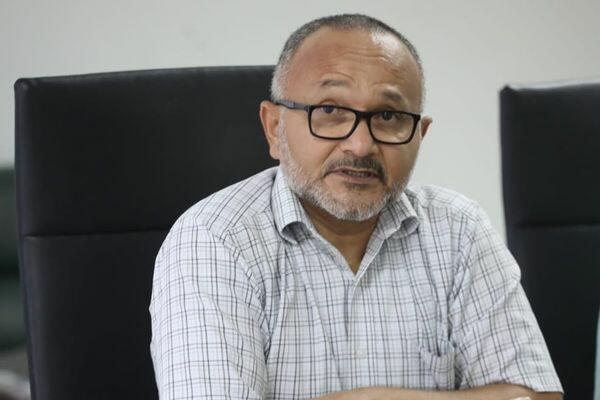 “We will keep the Prime Minister’s promise in Parliament to the people of this country that the agreement will be made public and we will continue to push for it to be released. If bilateral security treaties with our other partners can be posted on the website for transparency purposes, then why not that of China?” he questioned.
Source: Supplied
Share
Friday, 22 April 2022 10:09 AM

Opposition Leader Hon Matthew Wale says it is unfortunate that the security pact with China had to be secretly signed and was only made known through officials in Beijing.

Hon Wale said the Prime Minister’s explanation in Parliament was an attempt to save face knowing that Beijing had already released information on the secret signing a few days earlier.

The Opposition Leader said it is sad that the Prime Minister continuously tried to justify that the agreement is in the best interest of Solomon Islands when it is not.

Hon Wale reiterated that Solomon Islands do not need another security pact and there are no external threats.

He said internal threats unfortunately maybe only for Honiara but not the rest of Solomon Islands, which is peaceful.

“Matters of security should be transparent and not secret. While it is in the purview of the Executive branch of government to do on behalf of the nation, such official signing of important matters should never be made secret but open to media and other stakeholders for the sake of transparency,” he said.

The Opposition Leader said security issues in an increased geopolitical competition environment is not simply a national issue but it has regional implications for our pacific island neighbours and partners as well as the widest Indo-Pacific region.

Meanwhile, Hon Wale said people in this country will keep the Prime Minister to his word that ‘the treaty will be made public after consultations with Beijing’.

“We will keep the Prime Minister’s promise in Parliament to the people of this country that the agreement will be made public and we will continue to push for it to be released. If bilateral security treaties with our other partners can be posted on the website for transparency purposes, then why not that of China?” he questioned.

Prime Minister Sogavare used Parliamentary Standing Orders 24 on Wednesday this week in Parliament to make a public announcement on the matter, which does not allow members to debate but only ask short questions on the issue.

Therefore, the Opposition could not respond on the floor of Parliament but only ask questions.

Hon Wale and the opposition group are aware that increased support and cooperation between China and state security apparatus, including the police, have already been implemented, even before the signing of the agreement as shown in the training and the arrival of anti-riot equipment’s and fake guns.

“This is the normal course of support through diplomatic relations and cooperation. It does not necessarily need a security agreement,” he said.

But on the agreement, itself, the Opposition Leader has made it clear on the group’s position on the matter.

“If we were in government, we will terminate this security between China and Solomon Islands agreement immediately,” Hon Wale said.