Massive Boost for Futsal as Complex Gets Green Light 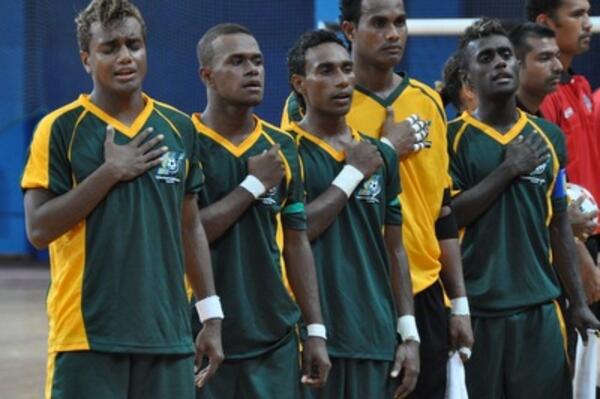 Construction will begin next month on a long-awaited futsal complex in Solomon Islands.

The country's Football Federation has signed a contract with the Solomon Islands government and FIFA to build the stadium in Honiara.

Prime Minister Manasseh Sogavare pledged to build a proper facility for futsal development earlier this year, with the country preparing to host the Pacific Games in 2023.

The Kurukuru are defending Oceania champions and recently returned home from the World Cup in Colombia.

"They will start to build the stadium in November so this is very positive. It means they are serious, they want to improve," he said.

Schmeling said there was a lot of potential in Solomon Islands.

"The best performance we had [at the World Cup] was a new player who is 19-years-old. He performed very well in the World Cup and was one of our key players.

"If I keep going my idea is to give more chance for the new generation and keep hold of the experienced players - and keep going playing tournaments.

"I have the contacts - all the trip we did in Brazil, all the tripping in the World Cup was to have that connection to organise tournaments so I hope they can play at least two tournaments internationally next year."