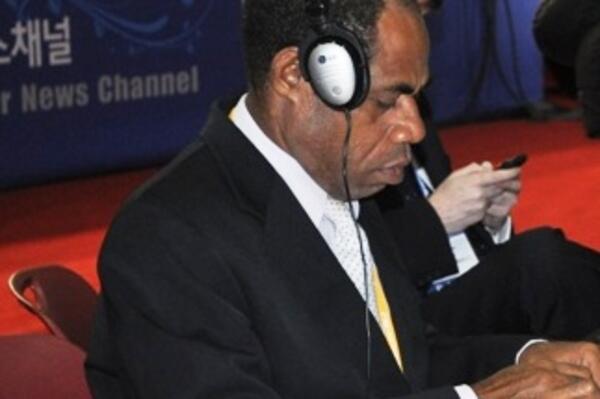 The Executive and Members of the Media Association of Solomon Islands (MASI) has mourned the unexpected passing away of the Association’s Vice President, the late Walter Nalangu.

The late Walter passed away on the evening of Saturday 27 April 2013 at the National Referral Hospital after a short illness.

In a statement today, MASI President, George Herming has described the late Walter as a true “champion of news services” to Solomon Islands and abroad.

The Late Walter Nalangu was elected Vice President of MASI in 2009, a position he held until his passing away last night in Honiara.

He was also the Editor in Chief of News and Current Affairs at the Solomon Islands Broadcasting Corporation (SIBC).

Mr Herming said the late Walter’s Service to the Nation will be greatly missed but his legacy will remain in the hearts of MASI members for forever.

The late Walter has been highly regarded by colleagues and the Media Family as a true friend and mentor of many young journalists throughout Solomon Islands.

“We will greatly miss you Walter and may your soul rest in peace with the almighty in heaven,” the MASI statement said.