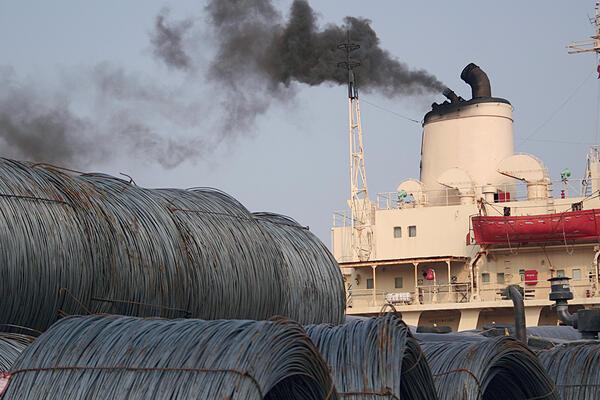 The island nations are not the only ones to propose the idea of a levy or tax against GHG emissions. The European proposals are generally about half the amount of the island nations while other concepts go as high as USD$300 per ton.
Source: Transport Topics
Share
Tuesday, 16 March 2021 09:22 AM

With approximately three months to go until the IMO resumes the debate over environmental policies, different factions are already lobbying for their proposals as the best means to realize the goals of decarbonization.

The shipping industry lined up countries to support its proposal for a USD$5 billion R&D fund administered by the IMO. The Marshall Islands is now stepping up, renewed its criticism of the IMO. Joined by the Solomon Islands, they are calling for a mandatory USD$100/ton GHG levy to emphasize reducing emissions.

Albon Ishoda, the ambassador of the Marshall Islands to Fiji and who is leading a delegation to the IMO Tweeted out his demand for the tax. Representing one of the largest flag states with more than 167 million gross tons of ships, the Marshall Islands has been a vocal critic of the IMO’s efforts. After the IMO meeting in the fall of 2020, Ishoda said the compromise measures being proposed did not meet the goals of the IMO and the urgent need to take forceful action. He said the measures need to be enhanced and enforcement strengthened with meaningful consequences.

In addition to being a large flag state, the Marshall Islands is considered by many scientists to represent the Pacific Island nations that are most at risk from the consequences of carbon emissions and vulnerable to rising ocean levels. In November 2020, Ishoda said the IMO must implement carbon pricing measures as the most effective way to cut emissions.

The Solomon Islands joined the initiative and together the two island nations are now demanding that the IMO establish a tax on GHG emissions. “The proposal would establish a mandatory universal GHG levy with an entry price of $100 per ton/CO2e with regular upward ratchets following review,” they said in their statement announcing their formal submission of proposals to the IMO. “The majority of the funds raised from the levy would help climate-vulnerable like ours meet different climate mitigation and adaption needs.”

It is understood that the proposal maps out an escalating strategy that would further increase the tax based on a series of criteria and timing. Also, in addition to the aid to the developing island nations, the Marshall Islands is calling for a portion of the fund raised to be dedicated to research and development, supporting the introduction of new marine technologies.

The island nations are not the only ones to propose the idea of a levy or tax against GHG emissions. The European proposals are generally about half the amount of the island nations while other concepts go as high as USD$300 per ton.

"It would provide a clear signal to the market and all industry actors of the shipping industry's commitment to decarbonization at requisite speed and scale,“ said the Marshall Islands in its statement. “It would also help to make decarbonized shipping fuel and technologies cost competitive with business-as-usual (BAU) emission-based technology options.”

The proposals currently being submitted will be brought up for consideration at the next meeting of the IMO Marine Environment Protection Committee, which will take place in June 2021. In November, the IMO will be meeting in London coinciding with the next UN Climate Conference (COP 26) in Glasgow.