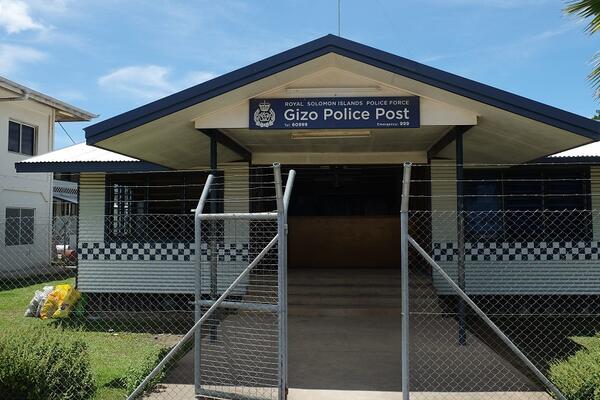 The suspect is expected to face a charge of murder. A remand application for him will be made in the Gizo Magistrates Court soon after he has been interviewed.
Source: File: SIBC
Share
Wednesday, 26 June 2019 12:13 PM

Officers of the Royal Solomon Islands Police Force (RSIPF) in Western Province have arrested a man in his 30s at Patutiva Village in Marovo following the death of his elder brother over the weekend.

The deceased is believed to be in his 40s.

“My condolence to relatives of the deceased as they mourn the passing away of one of their members,” says PPC Lenialu.

“The suspect is believed to have escaped after the incident, but he was arrested with the help of community members and relatives of the deceased at Patutiva Village,” says PPC Lenialu.

PPC Lenialu thank members of the community, relatives of the deceased and his officers for working together resulting in the arrest of the suspect.

The suspect is expected to face a charge of murder. A remand application for him will be made in the Gizo Magistrates Court soon after he has been interviewed.

Investigation into this matter is continuing and police appeal to any witness to come forward to police at Seghe, or Gizo.