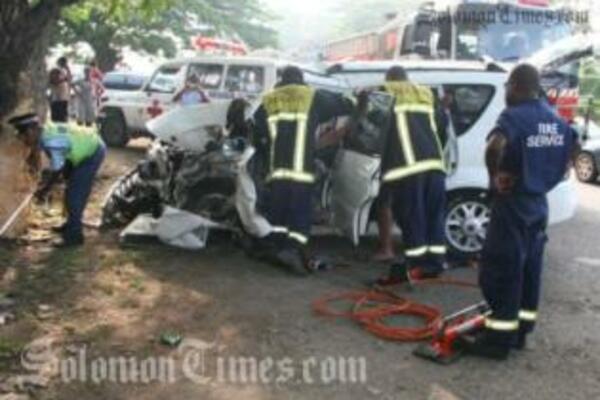 Over the weekend, Police Traffic officers arrested a man and rescued a female passenger after the vehicle they were travelling in went off the road and collided with a tree near the Telekom Recreational Center.

The vehicle was travelling on the west bound lane when the accident took place.

The driver of the vehicle narrowly escaped serious injuries following the dangerous incident sustaining only a few minor injuries. The female passenger was trapped inside the crushed vehicle at which the Police Fire Rescue Team had to cut through the crushed vehicle to free her.

The injured female passenger was then transferred to a waiting ambulance and was immediately taken to the National Referral Hospital.

She sustained facial, body and leg injuries but is in a stable condition and recovering at the National Referral Hospital.

Police investigation into this traffic accident is ongoing.