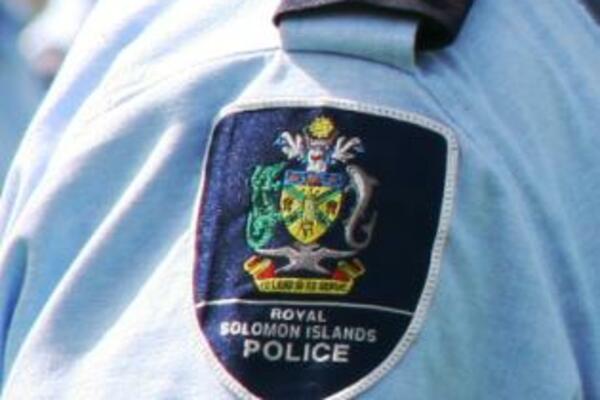 Police investigations stated that the suspect slashed the deceased in the throat and sliced away both his left and right arm muscles with his bush knife.
Source: STO Archives
Share
Friday, 26 June 2009 07:41 AM

Detectives from Lata Police have arrested and charged a 34 year old man from Noole village, in the Santa Cruz Islands, for murder, following an investigation into the death of his brother in the early hours of Thursday morning, 28 May 2009.

The incident took place at Noole village, Santa Cruz Island quite early in the morning.

It was reported that the suspect confronted his elderly brother (deceased) and an argument started, which quickly escalated into a fight with both using bush knives.

Police investigations stated that the suspect slashed the deceased in the throat and sliced away both his left and right arm muscles with his bush knife.

The deceased managed to escape from the suspect and collapsed some 200 meters away from where his brother was. A villager, on her way to Noole village, met the deceased lying in the middle of the road gasping desperately for air and bleeding heavily.

He died as he was being rushed to Lata clinic for treatment.

Police attended the crime scene and collected the instrument used, the suspect was also arrested the same day at his home village.

He has been in Police custody since then and is expected to appear before the Lata Magistrate court on holding charge of murder, on the 28th of June 2009. Police are continuing its investigations into the matter.