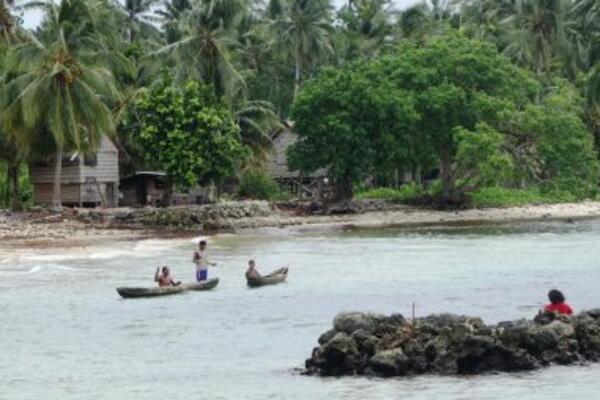 Police on both sides of the Solomon Islands and Papua New Guinea border are working together to try and clamp down on criminals preying on local communities.

In the latest incident armed gunmen, some of them allegedly from Bougainville, attacked a village on the Solomon Islands side of the border injuring two people and robbing a foreign businessman of tens of thousands of dollars in cash and beche-de-mer products.

Solomon Islands police commissioner Matthew Varley said a contingent of police from Gizo and Taro are investigating the incident at Maleai village in the Shortland Islands.

But he acknowledged that policing communities spread across the vast ocean border is a huge challenge.

"The good news is that both victims of the incident have received medical care and their condition is stable, but obviously this is a very serious case and as you point out one of several over the past twelve months that continues to cause us a security concern at the border and is something I am working very closely with the government on. The geography, communications, distance is against us."

Matthew Varley said it was also important to note that the close proximity of Bougainville and the Shortlands on eitherside of the border meant there were complex traditional and cultural considerations that had to be made.

"This is a very porous border. This is somewhere where we have a strong tradition of cultural exchange, trade and family ties. There is a traditional border crossing area where people from Bougainville and Solomon Islands go back and forth all the time for traditional reasons and the trade there is quite substantial," Mattew Varley said.

"What this incident shows though is that there are groups of criminal elements that will exploit that border and exploit the traditional ties between the peoples up there and we are working very hard to try and tackle that and to provide a deterrence to future events."