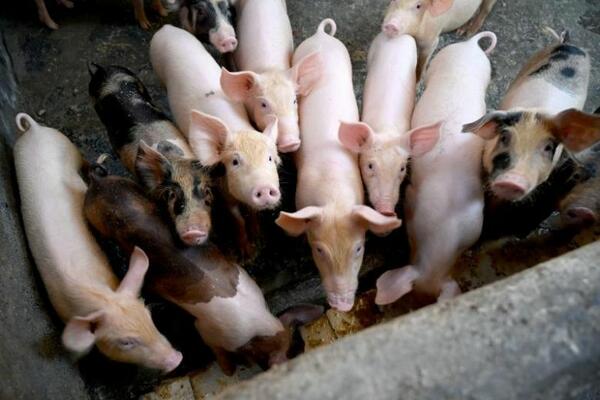 The Philippines confirmed on Sunday (Feb 9) that African swine fever infections had spread in the south of the country, which accounts for nearly a third of the nation's 12.8 million pig herd.
Source: AFP
Share
Wednesday, 12 February 2020 11:35 AM

Additional measures will be taken by the Ministry of Agriculture and Livestock (MAL) to contain the spread of the African swine flu into Solomon Islands.

MAL highlighted the measures they have taken against the African swine flu to members of the business community during an information session on Monday 10th February in Honiara, hosted by the Solomon Islands Chamber of Commerce and Inductry (SICCI )so that businesses can understand how it relates to their operations.

The African swine fever is an infectious viral disease that can affect domestic and feral pigs of all ages. There is 80-100% mortality rate. There is no treatment or vaccine available as yet.

Presentations were made by MAL’s Director of Livestock and Vet Services, Mr Barny Keqa, Director of Biosecurity, Mr Francis Tsatia and Permanent Secretary, Ms Ethel Francis who responded to questions that were raised by concerned business representatives.

Mr Keqa highlighted that the African swine flu has a severe impact and implications for nutrition and food security with the high impact most apparent in countries with a significant commercial pig industry.

“But this does not mean that smallholder pig farmers are in any way spared. Great losses can usually be inflicted on the poorer pig producers who are less likely to implement effective prevention (i.e. biosecurity) and control strategies,” he said.

To protect Solomon Islands, Director Mr Tsatia said his Division is strengthening the country’s biosecurity measures for permitted and unpermitted products using the power under the Biosecurity Act 2013.

“Jerky, biltong and other small goods containing pork are not permitted into Solomon Islands. They cannot be brought in by international passengers or sent through mail because they pose a high biosecurity risk and could carry the African swine flu.

“There is also a temporary ban for commercial imports of pork and pork products for human consumption and this will soon include canned pork,” Mr Tsatia said.

“We are working with airlines to request their assistance in passing on information to passengers about declaring risk items, including pork products. There is no x-ray machine or detector dog at the border. It’s all manual,” the Director said.

Mr Tsatia further stated that MAL have adopted a stronger enforcement approach to biosecurity infringements and will be focusing on pork and other meat products.

There has been an outbreak in neighbouring countries such as the Philipines and Bali in Indonesia. The Philippines confirmed on Sunday (Feb 9) that African swine fever infections had spread in the south of the country, which accounts for nearly a third of the nation's 12.8 million pig herd.