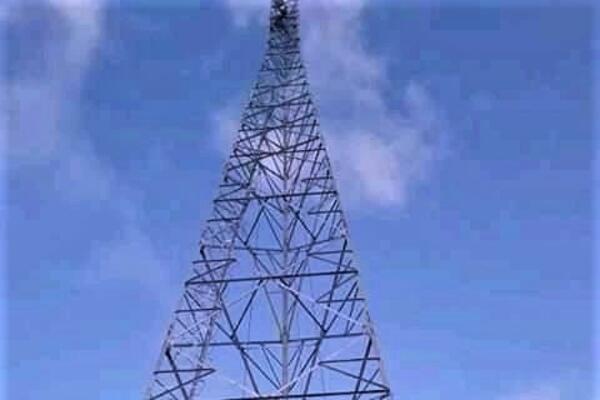 “This too has been a long time dream for our Province and once completed will add enormous value to our business houses, traveling public and potential overseas markets," Mr. Maka’a says.
Source: File
By Georgina Kekea
Share
Tuesday, 12 January 2021 11:44 AM

“The 3G towers are located in the northwestern to northern part of the Province. From Ubuna, ward 7, west Arosi, west Makira; Ulawa, at Sumoli ward 1; Su'usu'u, near Tawarodo on Ugi Island ward 4; Huro and Arohane in ward 10 of Central Makira; Huro is above the Mamaloni Town where Kira Kira Town will extend to this year and beyond”, Maka’a says.

In the past, there have been numerous complaints about the lack of telecommunication services to the country’s eastern province. Rural dwellers usually walk long distances to access network coverage and students also complained of the lack of access to the internet for education purposes.

But with the new infrastructure being built, almost 100 or more villages will be able to access this service.

Maka’a says as Premier, he is very grateful to Our Telekom, the National Government and the Landowners for allowing their lands for the towers to be erected.

“Since the introduction of mobile services to this Province almost ten years ago our people have been served by 2G towers which have created many complaints from businesses and individuals alike. For the East Makira Constituency and our southern communities, I would like to assure them that we will continue to work with our stakeholders to also link them up to modern communication”, Maka’a says.

There are five towers being built altogether and these towers will be using microwave signals from the undersea cable.

Makira/Ulawa province is not alone in its problem of lacking access to telecommunication services, especially 3G.

In the TCSI 2019 report, it has highlighted that 2G is still the most common mobile technology in the Solomon Islands with 3G accounting for less than a third of all mobile services.

But it says there have been ongoing steps in improving telecommunications services across all major islands and remote locations by all service operators. The report says this includes upgrading of services to 3G and 4G/LTE as well as fixed wireless internet to remote locations and stations has been actively progressing.

“I would also like to acknowledge the support that my team on the ground had done in making sure this much needed service is upgraded. I am also happy that the new towers will soon link us up to the 3G network and look forward to their.launching around March this year”, premier Maka’a continues.

This upgrade in communication, he says will help boost businesses in the province, the economy and will also provide education opportunities for people of Makira, Ulawa and Ugi.

In addition to the telecommunication towers, the premier of Makira/Ulawa also acknowledges the government for their support on the first ever ramp in Kirakira. Work on the ramp started two weeks ago and he says he looks forward to its completion soon.

“This too has been a long time dream for our Province and once completed will add enormous value to our business houses, traveling public and potential overseas markets.

"All these developments have been possible through a Communique which my government had signed with the SIG at the beginning of our tenure in January 2020”, Mr. Maka’a says.