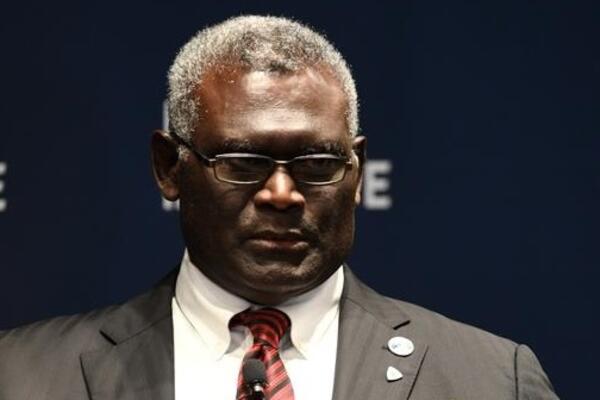 “At this point in time there is nothing in place…we will see the position of the new government at the appropriate time.”
Source: TRT World
Share
Tuesday, 30 April 2019 10:03 AM

Prime Minister Manasseh Sogavare says that Solomon Islands will maintain ties with Taiwan, although such ties are not ‘hard and fixed.’

Sogavare told the national broadcaster, SIBC, after his election as Prime Minister, that the country’s foreign policy position is continuously being reviewed and developed.

“The principle we follow in any diplomatic relations is we look at many things, one of which is the benefit derived from such relations,” Sogavare said.

Sogavare says that he is well aware of talks in the media prior to the elections regarding relations with Taiwan but maintains that it is an issue for the coalition to discuss.

“At this point in time there is nothing in place…we will see the position of the new government at the appropriate time.”

Taiwan’s Foreign Affairs (MOFA) spokesman Andrew Lee said that Taiwan's government is happy to see Sogavare's victory and is "optimistic about the future of relations between the two countries."

Speaking to Focus Taiwan Mr. Lee says that having "an old friend of Taiwan" serving in the post (Prime Minister) will solidify ties with the Pacific ally.

“We look forward to working with the new administration and all parliamentarians from different political parties in the country to further strengthen the already solid ties," he added.