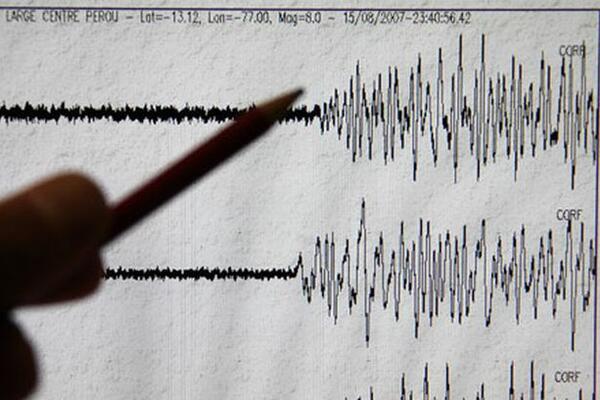 The Solomon Islands are part of the Pacific "Ring of Fire," a zone of tectonic activity known for frequent quakes and volcanic eruptions.
Source: Mirror
Share
Monday, 20 March 2017 08:42 AM

A 6.0-magnitude earthquake hit off the Solomon Islands in the early hours of Monday, the US Geological Survey said.

The quake struck at 02:43 am local time at a depth of 4.0 kilometres (2.5 miles), some 170 kilometres north-northeast of the capital city Honiara, the USGS said. No tsunami warning was issued.

The Solomon Islands are part of the Pacific "Ring of Fire," a zone of tectonic activity known for frequent quakes and volcanic eruptions.

“The borders of a lot of tectonic plates meet in the Ring of Fire, they move away from each other and push each other, it’s one of those very active areas,” Dr Fatahi said.

The Ring of Fire extends 40,000km and includes 452 volcanoes, stretches from the southern tip of South America, up and along the west coast of North America, across the Bering Strait and down through Japan and then south to New Zealand. It also takes in Vanuatu, the Solomon Islands, Papua New Guinea, and Indonesia, where the Indo-Australian Plate collides withe Eurasian Plate.

The answer seems clear in the minds of experts, and it is more a question of when.

"It is only a matter of time until more high magnitude earthquakes would strike," Dr Fatahi told news.com.au in August.

“There are a lot of magnitude 6-plus earthquakes overdue in the Middle East, India, China, Japan and the US,” Dr Fatahi said at the time.

“There are some fault lines that have not released their energy for a while.

“There are at least 5-10 that are overdue, but we don’t know when they’re going to happen.

“If the period is longer we expect higher magnitude earthquakes ... looking at the history of some of those major fault lines, some are very overdue.

“The return period has passed but the earthquakes haven’t happened. So we are just waiting for them to happen.”