Magistrates’ Court Circuits To Go Ahead With Support From Australia 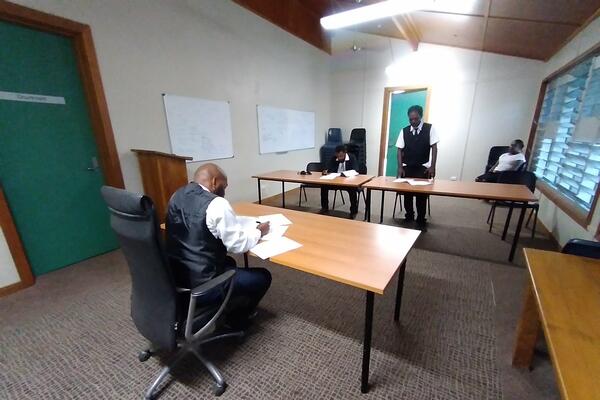 While the court had completed more than half of the scheduled circuits for the year, disposing of more than 250 cases, it became apparent last month that there would not be enough funds to complete all outstanding circuits.
Source: PSO
Share
Tuesday, 12 October 2021 09:31 AM

Magistrates’ Court circuits to the provinces will now go ahead for the rest of this year after the Australian Government agreed to make up the funding shortfall which last month forced the cancellation of the remainder of the 2021 court circuit calendar.

This will enable the Magistrates’ Court to provide access to justice for populations in 15 locations across the country that otherwise would not have been able to have their matters progressed by the courts this year.

“The main way we achieve this is by regular and reliable court sittings in 36 provincial circuit locations across the country”, she said.

While the court had completed more than half of the scheduled circuits for the year, disposing of more than 250 cases, it became apparent last month that there would not be enough funds to complete all outstanding circuits.

“It was at this point that Ï reluctantly announced that circuits for locations in a number of provinces would be cancelled. However, as a long-standing supporter of the Solomon Islands justice sector, the Australian Government then agreed to assist us,” Ms Garo said.

Under the funding arrangement the Magistrates’ Court will receive an allocation of around SBD 460,000 through Australia’s Solomon Islands Justice Program. This will enable the court to conduct an additional 14 weeks of circuit sittings this year as well as Customary Land Appeal Court sittings in four provinces which had also been affected by the funding shortfall.

“We are very grateful to our Australian partners for their ongoing support to the justice sector. The Magistrates Courts’ aspirations that the formal legal system reach all citizens regardless of where they live have been greatly assisted by the timely provision of this funding,” Ms Garo said.