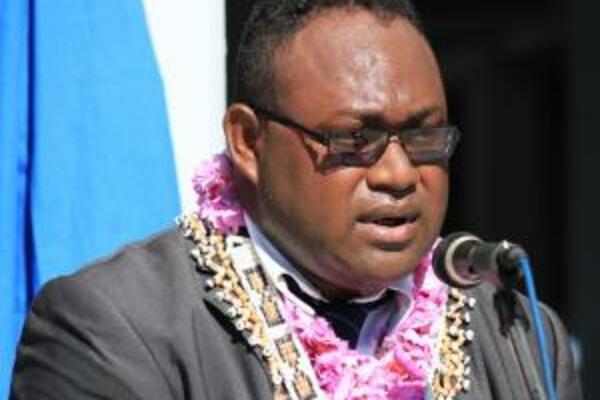 Deputy Prime Minister, Hon. Manasseh Maelanga will lead the Solomon Islands Delegation which leaves the country on September 20 and will return on the first week of October.
Source: pmc.gov.sb
Share
Wednesday, 11 September 2013 08:08 AM

The Solomon Islands Government will send a 13 member delegation to represent the country at the upcoming United Nations General Assembly (UNGA) meeting in New York later this month.

The gathering of World Leaders and Officials will start in the middle of this month and will conclude in early October.

Deputy Prime Minister, Hon. Manasseh Maelanga will lead the Solomon Islands Delegation which leaves the country on September 20 and will return on the first week of October.

Members of the delegation who will accompany Honorable Maelanga include Ministers and Officials drawn from relevant ministries who will be involved in important engagements during the meeting.

The Deputy Prime Minister as head of delegation will present the Solomon Islands Country Statement during the general debate of the 68th session of the General Assembly.

During the weeklong meeting, Minister Tovosia and Minister Sandakabatu will represent Solomon Islands at the High Level Forum on Sustainable Development which also covers climate change issues. The Ministers’ and the Permanent Secretary for Environment will later attend the Informal Ministerial Climate Change Roundtable meeting organized by the European Union on September 26.

Ministers’ Chris Laore and Hypolite Taremae will both attend the High Level Meeting on Nuclear and Weapons Disarmament while Minister Clay Forau, his Permanent Secretary and Assistant Secretary (Ag) of the UN Branch will attend to Bilateral Meetings at the sidelines of the UNGA and the Commonwealth Foreign Ministers meeting on September 26.

Minister Forau will also attend sessions during the General Assembly debates as well as representing the country at the signing of any upcoming treaties during the period. Mr Kennedy Gwao is responsible for all protocol affairs; Mr George Kwaimani will be responsible for Logistics and other movements and George Herming will be in charge of media liaison and other related matters.

Airfares and other associated costs for Officials are funded by the Solomon Islands Government as part of our international obligation towards attending the General Assembly as a member country of the United Nations.