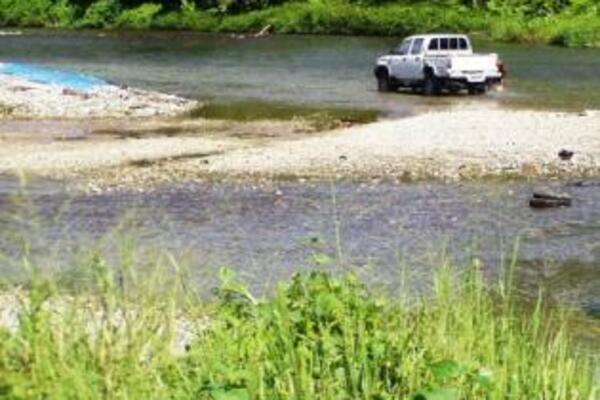 The 25-year-old woman was found dead at the Lungga River area with several wounds to her body and face.
Source: Photo Supplied
Share
Wednesday, 13 May 2009 13:57 PM

Honiara Magistrate's court today remanded in custody a murder suspect for the death of a 25-year-old woman at Lungga River in March.

The 25-year-old woman was found dead at the Lungga River area with several wounds to her body and face, indicating a struggle may have taken place before her tragic death.

Detectives from the Royal Solomon Islands Police Force Serious Crime Squad arrested the 30 year-old man outside a local nightclub on Friday from a tip off from various sources.

The accused will appear before the Magistrate courts on 28 May 2009 after he was remanded in custody early this morning.

Police has praised the public for assisting in their investigation, stating that others with information are still encouraged to come forward.