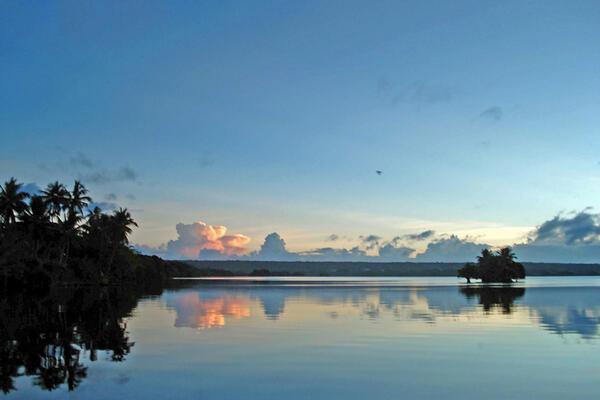 The East Rennell area in the Solomon Islands was inscribed today on the United Nations Scientific, Cultural, and Educational Organization’s (UNESCO) list of endangered sites due to logging that is affecting the island’s ecosystem.

The UNESCO World Heritage Committee determined that “logging is threatening the outstanding universal value of East Rennell,” and asked the national authorities to provide an impact assessment study of this activity, which is taking place outside the site’s core area, UNESCO said in a news release.

East Rennell is the largest raised coral atoll in the world and its dense forest has a canopy averaging 20 metres in height. The forests, which cover most of the land area of the 37,000-hectare site, are an essential component of the atoll, which is considered to be a natural laboratory for scientific study.

Inscribed on the World Heritage List in 1998, the site makes up the southern third of Rennell Island, the southernmost island in the Solomon Island group in the western Pacific.

The List of World Heritage in Danger is designed to inform the international community of threats to the outstanding universal values for which a property has been inscribed, and to encourage corrective action.

In other news, the Committee yesterday removed the Iranian World Heritage site of Bam and its cultural landscape from the list of sites in danger citing improvements in the management and conservation of the site.

Bam was inscribed on the World Heritage List in 2004, shortly after it was struck by a major earthquake. Damage caused by the quake warranted the site’s simultaneous inscription on the List of Heritage in Danger.

The Committee, which is currently holding its 37th session in Phnom Penh, Cambodia, noted that remains of the desert citadel had been sufficiently stabilized and its management was sound enough for the site to be declared safe.

For more details go to UN News Centre at http://www.un.org/news